According to Al-Qawasmeh, this proves that the reactions of the countries stem from their interests and not from international law. 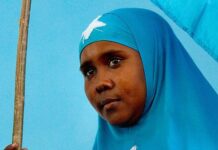