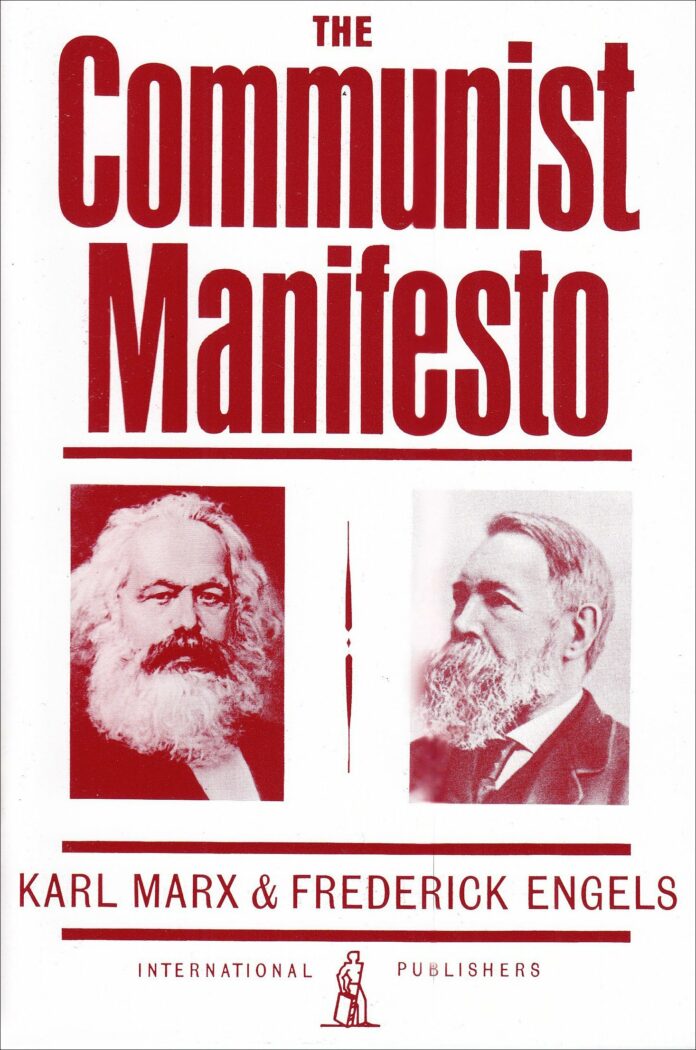 (Hadalsame) 15 Nov. 2020 – Despite Somalia’s two decade experiment with Socialism, The Communist Manifesto was never translated into Somali. But Abdiaziz Mahdi, a Hargeisa-based writer and translator decided to embark on the project, which will be published later this year.

“Look at Berlin,” said Somali poet Abdullahi Qarshe, “All of you look! A wall is splitting it, look and be entertained!” The construction of the Berlin Wall was an act of cosmic justice for Qarshe. He recalled the city hosting a conference in 1884 which inaugurated the Scramble for Africa, an act that divided the continent between Europe’s empires.

He wasn’t aware of the fact that the division which separated Berlin into East and West, would go on to create a new crevice in global politics, with two poles whose gravitational pull could be resisted by no country. Somalia wasn’t unique in this regard, and after a military coup by Major General Mohammed Siad Barre in 1969, Somalia began to drift into Moscow’s orbit.

“When Barre came to power in 1969, it was as though the time was ripe for Communism & Socialism” says Mohamed Haji Ingiriis, author of Suicidal State, a book about Siad Barre’s military dictatorship. “There were many East leaning intellectuals who had not necessarily studied the Soviet Union but were fed Communist & Socialist ideas whilst studying in Italy and Eastern Europe.”

“When he declared that Somalia had become a Socialists state allied with the Eastern bloc in 1970, he got popular support of Leftist intellectuals, many of whom had already joined his cabinet of secretaries” Ingiriis continues. With powerful slogans like Soomaaliya Soomaali Baa Leh (Somalia belongs to Somalis), anti-colonial music and iconography that gave Somalis the feeling that they had a unique role and destiny in Africa, Barre was able to mobilise the Somali population to his cause.

They soon became disillusioned with Barre however, Ingiriis tells TRT World, “because his deeds proved contradictory to his promises and some of these Marxist intellectuals either defected or were jailed.”

“Barre was neither a Communist nor a Socialist, but he simply utilized Marxism for two interlinked reasons: as a way to legitimize and consolidate his power.” Before the coup, Barre never portrayed himself as a Socialist or a Marxist, Ingiriis explains in his book, which leads him to believe that the move was “calculably aimed at making Somalia closer to the Soviets.”

This likely explains why Marx & Engels’ Communist Manifesto, a foundational text in Communist ideology, wasn’t translated during the period he was in charge of the country. But despite the glaring absence of the book, Abdiaziz Mahdi, a Hargeisa based author, translator and blogger has decided to make the book available in Somali for the very first time. Titled Baaqa Shuuciqa, Mahdi has also translated Edward Said’s Representations of the Intellectual.

Baaqa Shuuciqa is set to be published by Hiil Press later this year. Mahdi speaks to TRT World.

What interested you in taking on this project to translate one of the worlds most widely read texts into Somali?

ABDIAZIZ MAHDI: The need for translation is extremely important for Somali readers. An insignificant number of books have been written in Somali, and they are mainly collections of classical poetry, political biographies, some novels (which is a growing field), and handful books on critical issues. So I thought that maybe we can enrich our collective public education by translating foreign texts — because it’s easier to get inspiration from the general record of humanity than to write some original works. And besides, the future Somali writers are in need of foundational books in their own tongue so that they can build on their future intellectual productions.

As for this translation book, I was very interested in Marxism and there was a time I saw myself as a sentimental Marxist. “Sentimental” because I was only reading some writings on Marx, not works by Marx himself. But after that I decided to dig deeper into Marx’s work and transitioned from being someone who follows Marxism to being someone who understands it. So I want the Somali readers to get to know and understand Marx in their own language.

The original Manifesto is written eloquently and powerfully, how did you translate its stylistic features into the Somali language?

AM: The Somali language is one of the oldest spoken languages of the world, dating back to at least 3000 BC as Charles Barber noted in The English Language: A Historical Introduction.  But the Somali script is very young since it was developed in 1972. The decision to develop the script had “has mainly practical objectives” as B.W. Andrzejewski observes in his essay, “The Introduction of a National Orthography for Somali.” This translates into having some gaps in the script. Among these is the lack of a stable, uniform terminological dictionary for social science and humanity terms. One can argue that the military junta wasn’t ready to let the public access knowledge of the humanities, because they produced premature dictionaries of technical terms which are basically for “practical objectives.”  So you couldn’t have a reference to build on your translation.

Thus it’s problematic and challenging to translate such a book. The problem is not Somali as a language, but you need a lot of effort and research to contextualize terms and phrases and to negotiate between the original context of the terms and the new environment, namely the Somali language context. And, yes, this is a super puzzling task—and for sure that is why it’s called translation!

Somalia had a long period under Socialist rule with a military regime, and a close relationship with the Soviet Union. Why do you think the Manifesto wasn’t translated during that era given the text’s importance to Barre’s project to set Somali society on a new path?

AM: As everyone may realize, Siad Barre’s regime was a text-book example of dictatorship. And it is basically Authoritarianism 101 to ban and limit every possible access to humanities and what can be deemed as ‘mind-opening’ knowledge because dictators don’t want the public to be freed from the regime. And although Barre’s rule presented itself as “Marxist”, I’ve found that no single work by Marx (or any other major Marxist figure) has been translated into Somali. The only available texts in Somali in this regard were dictatorially censored books and booklets (such as Axmed Cashuur’s Hantiwadaagga Cilmiga ah) and these were mainly aimed to quickly summarize what the regime wanted to let the majority public know. They used these texts as hanuunin (a guide for public opinion). The only thing from Marx which was available to the public were his bearded photos!

Ideology, however, played an important part in Somali education, how did Somalis more widely access Socialist and Communist ideas or texts to understand how the regime was trying to re-shape society?

AM: I think the only possible way for the general public was to learn either English, Italian or Arabic (which were the official managerial languages before the Somali script was passed), and then read on their own. But most of the time, the Somali Revolutionary Socialist Party had a nationwide department for hanuunin which was aimed at spreading what the regime wanted and the “Siadist” selective & incomplete picture of Marxism. For example, M. Y. Cartan, a civil servant, translated George Orwell’s Animal Farm (Beerta Xayawaanka in Somali) in the 1970s. But his book was banned by the regime. Dictatorial censorship was at its highest, and the “Napoleon Pig” of the state wasn’t ready to be exposed.

What was the Somali intellectual climate like during this period?

AM: The intellectual climate at the time was polluted as never before. Censorship and “big brother” doctrine dominated the Somali sphere. The ban of Cartan’s book is a good example. And it’s important to mention, I think, that the regime never nurtured intellectual growth. As I’ve already mentioned, the dictatorship wanted to “promote” a generation of technicians, not one of thinkers. That is why they developed dozens of ready made Somali terms to limit the available vocabularies for the majority public.

What impact do you expect this translation to have?

AM: I believe this can pave the way for more classical works to be translated into Somali. And I also think this enriches the usage of many Somali terms and phrases. But, importantly, reading Marx in Somali can be seen as one more topic that has been added to the already limited books available for Somali readers and writers to discuss and debate. Once you have got more ideas to read in your mother tongue, it means you have got more ideas to discuss and think about. And currently, we Somalis are in an extreme need to replace the destruction with discussion.