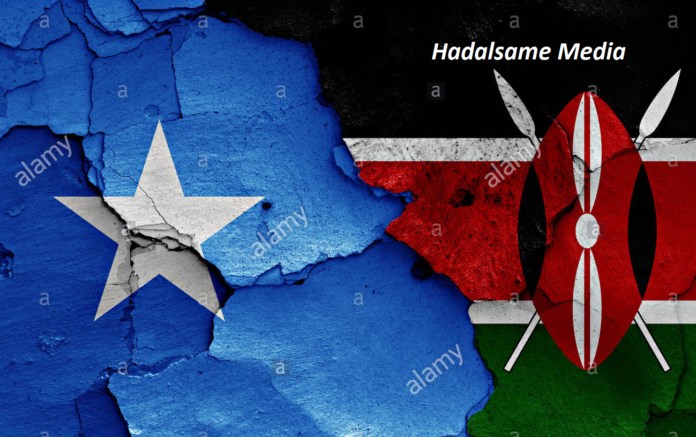 (Hague) 19 May 2020 – The International Court of Justice has agreed to Kenya’s request to delay the public hearing in its maritime boundary case with Somalia.

ICJ pushed the case to March 15, 2021 due to the exceptional circumstances of the coronavirus pandemic.

Last week, the Kenyan government reached out to the ICJ to seek another extension owing to the fact that the Covid-19 pandemic had wreaked havoc in its plans to defend itself., saying it needed time to reconstitute a legal team. according to documents sent to the court and seen by the BBC.

The Somali government has strongly opposed Kenya’s plans to delay the maritime trial and accused Kenya of seeking to resolve the dispute outside the court.

Somalia had asked the court to hold the hearing virtually using video technology.

Somalia’s Deputy Prime Minister has however told BBC that his government had accepted though it is not happy with the court’s decision, but will adhere to it.

Kenya and Somalia were involved in a bitter diplomatic spat after the Horn of Africa nation allegedly auctioned off oil, gas and mineral blocks falling within the disputed territory.

Kenya termed the decision by Somalia to auction the disputed maritime blocks in the UK as an “unparalleled affront” and vowed that the “illegal grab” will not go unanswered, a charge Somalia denies.

Ever since the maritime dispute gained traction, Kenya has maintained that it would prefer to resolve the boundary issue out of court, while Somalia wants the case to be heard by the International Court of Justice (ICJ).

In August 2014, Somalia filed a case before the ICJ at The Hague over a dispute in relation to “the establishment of the single maritime boundary between the two neighboring countries in the Indian Ocean delimiting the territorial sea, exclusive economic zones and continental shelf beyond the 200 nautical miles.