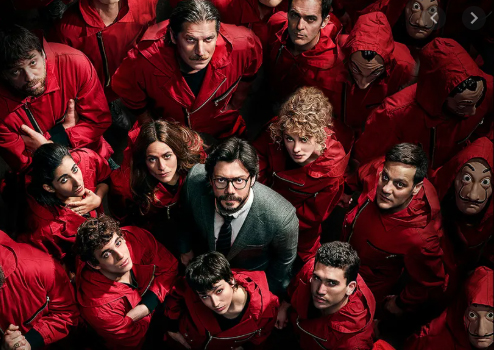 (Hadalsame) 27 April 2020 – “Money Heist (La Casa de Papel),” a Spanish crime thriller, has become one of the most-watched series on Netflix in the last few years. In addition to the ingenuity of the planning of the robberies, the crisis during the implementation of the well-designed plan and the dynamics among the different members of the gang attracted a massive audience from different parts of the world. Its fourth season, released in the first week of April amid stay-at-home orders around the world, provided an opportunity for most of its fans to watch the whole season in only a few days’ time.

While the show generated an international fan base, it has so far received mixed reviews. There is still a puzzle for some of these reviewers, however, in regard to the audience’s addiction after so many logical fallacies and in some cases, extremely bad acting. The characters in the plot are considered the linchpin of the series. (No wonder, as many of its viewers are devastated by the deaths of some of the characters.) All of the members of the gang were given a code name after a major city. Throughout the series, two of them have become more prominent than the others: the Professor, the enigmatic personality and mastermind of the heist(s), and Tokyo, the one who tells the story, a wanted criminal who is recruited by the Professor to be part of the gang.

The dynamic between the Professor and Tokyo plays an important role in the chain of events that created the series. The Professor is the leader of the group and also the one who brought the group together. He convinced a group of criminals, ex-cons and losers to form a well-functioning machine that would complete a very challenging task: printing money in the royal mint. For him, the legitimacy of the group and its public standing is extremely important. For this reason, he tried to make sure that he got the backing of the people on the street. At a certain point, people started to see him as a benign criminal, even a Robin Hood. At the end of the day, he was not stealing anybody’s money, but printing some more money (injecting liquidity into the market). He is ready to share the spoils of this war, and he is not willing to take anybody else’s share. He had all the groups’ weapons bought from the black market, however, he wants these weapons to deter the security forces from launching an offensive on the bank. He is not willing to use hard power all the time. Although he has extremely proficient karate skills, the Professor uses them only as a last resort. He has hostages, but in his plan is that they should not be harmed or traumatized during the crime.

Other gang members trust his strategy and judgment. What makes him so trustworthy is both his skills and the fact that he can keep his promises and fulfill his commitments to other members of the gang. Whenever there is a crisis among the gang members, they look to him. Those who stepped out of line during the process knew that there would be a sanction because of their actions. He is loyal to his allies and when one of them is arrested or wounded, he is willing to use the “one for all and all for one” principle to reorganize the group to save him or her.

Although the Professor took some steps that endangered the whole operation, the members of the group did not lose confidence in him. He makes mistakes and takes missteps, but he never forgets his responsibility. They have full confidence that if something bad happens, the Professor will be helping them. They don’t know how, but they trust the creative and innovative methods that the Professor can come up with. He has the ability to form ad hoc alignments in order to help his allies. To save Lizbon from the court hearing, he hired Austrian miners, and to rescue Tokyo from police custody, he used Ukrainian fighters. He always has a plan. The other members are loyal to him because they believe that he is a reliable partner. The Professor is predictable because even in the worst moments every gang member including the audience expects him to come up with something smart or engage in something heroic.

Tokyo is a different character. She is also dedicated and brave and ready to fight to the end. However, she is not stable or responsible. Most importantly, she is not predictable. She suffers from past traumas, which haunt her through flashbacks, especially in Season 1. She is emotional, indignant at times and very vindictive. She can violate some of the basic codes that were established early on by the group, such as not becoming involved with other gang members. Although she is a very task-oriented member, her careless and imprudent attitude resulted in several different problems for the group. Tokyo was the one whose out-of-control and immature behavior led to disorder within the group and actually made all the other members unite against her. Her decision-making was impaired by impatience in some critical moments, leading her to make major mistakes. She does not listen to or respect the opinions of other members of the group when she is mad about something. Her return to the bank, without waiting to reach the Professor, caused Moscow to be shot to death. Tokyo tried to make up for these mistakes with heroic fighting during the escape from the royal but she continued making these mistakes even after the successful completion of the first heist. Her reckless behavior caused the arrest of Rio.

At times she can be selfless and heroic in her fighting against security forces, but her mistakes make it harder for the group to achieve success during extremely stressful times. When she is refused by Rio, she has another nervous breakdown that nearly caused another disaster for the gang. Tokyo has the ability to take initiative. When needed, she can risk firing an anti-tank missile against the police or partake in complex surgery. Her impulsive personality, volatile psychology and unstable manners, however, make her less reliable for the other members. She can get mad and she can get panicked at the same time. In fact, when the police ask Arturo, the former royal mint manager, who could be in charge in the second heist, he rules out Tokyo immediately. According to him, “she is too unstable. Hot-blooded. It was her fault that Moscow died. Tokyo could not be in charge of anything.”

In fact, while we are watching the Professor’s plan, what we are actually sticking with more in the series are Tokyo’s failures, mistakes and breakdowns. Watching “Money Heist” in the days of the stay-at-home orders during the coronavirus crisis makes us think about the dynamics in a different fashion. While debating what went wrong with the coronavirus, we are getting used to bringing together diverse ideas, such as China’s lack of transparency, the nature of pandemics, the impact of the free flow of people on the spread of diseases and the lack of infrastructure in many countries around the world.

The absence of American leadership is one of the factors many believe led to the unraveling of this crises to this scale. For them, the U.S. administration was in denial first and then got angry about the emerging pandemic. The U.S. seemed panicked, out of control and, at times, unable to respond to the crisis. During the first stage of the pandemic, the administration did not reach out to its allies to help them or to collaborate against this crisis. In fact there were reports that some of the medical equipment purchased by European countries was confiscated by the U.S. Most of the American allies consider the U.S. at this point to be undependable. Many believe the presence of effective U.S. leadership, like in the aftermath of World War II or the global financial crisis in 2008, would change many things. In fact, many believe that it is still not too late. According to them, given the possibility of a second wave of COVID-19 and the economic and social aftershocks of the coronavirus crisis, we will still need leadership in the international arena in order to reorganize the broken systems of governance. A benign superpower that would help establish a new order with effective institutions and creative solutions to global problems.

What leads many to think this way is they expect the U.S. to be the Professor, the one that will bring order to the group, handle the crisis, defeat the enemy and stabilize the situation – someone who every nation can rely and depend on in difficult times. Right now for them, however, the U.S. looks like Tokyo. More critically, they don’t have any professorial plans handy. Yes, the U.S. may not be ready to play the leadership role in the coronavirus crises, but the world did not have a contingency plan for this situation either. In fact, after all these codenames of major cities, it reminds us another one: Houston, we have a problem. 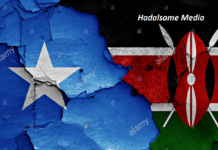 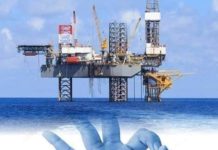