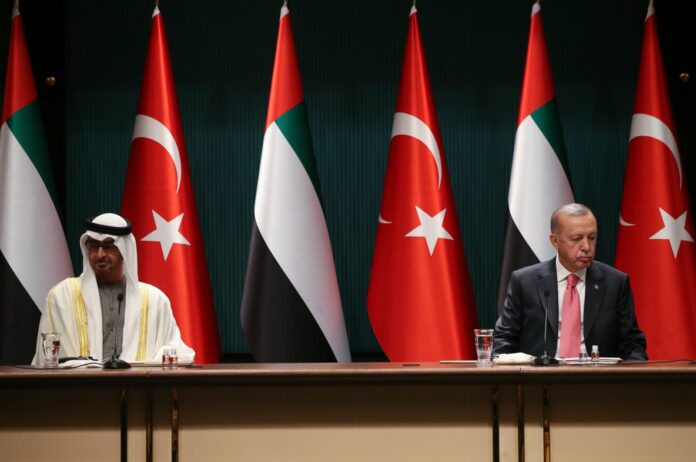 (Hadalsame) 03 Jan 2022 – Turkey and the United Arab Emirates’ (UAE) recent attempts to normalize relations and repair broken ties can be seen as the latest reflection of the new realities taking shape in the Middle East and Gulf region, experts said, noting that all regional powers seek to maximize their interests and rational gains through cooperation, rather than escalating tensions and conflicts as the new status quo emerges.

In recent years, de-escalation has become a trend among the powers of the Middle East and Gulf after years of regional rivalries that rose to new levels especially after the Arab uprisings in 2011. The United States’ attempts to end its active involvement in the region and the emerging power vacuum as a result caused regional actors to reevaluate their positions. Accordingly, many countries are taking steps to mend frayed relations and ensure future cooperation. One question that arises from the recent Turkey-UAE rapprochement is whether it can be seen as another example of this regional trend.

Mustafa Yetim, an academic at Eskişehir Osmangazi University and expert at the Center for Middle Eastern Studies (ORSAM), said the new regional realities that arose after the Arab uprisings, the U.S. decision to limit its military engagements in the region and “smaller” Gulf countries’ security concerns were the main catalysts for the recent Gulf-based normalization processes.

“Therefore, the recent attempts to normalize and reduce tension in relations are attempts to readjust the relations of the leading actors in the region within the framework of new regional realities, rather than being based in the UAE,” he said.

Nurşin Güney, an academic from Nişantaşı University, also confirmed that the recent rapprochement between Turkey and UAE can be seen as a part of the wider trend of de-escalation in the region, however, this is not the only reason, she said.

One factor is the lifting of the blockade imposed by regional powers, including the UAE, on Qatar. The end of the blockade does not mean that all issues between the Gulf countries have been solved, but it is an improvement, Güney said, one that positively affects Turkey-UAE ties.

Turkey, an ally of Qatar, rushed to support Doha amid the embargo imposed by the UAE and three Arab states in 2017 and has since deepened its military ties with Qatar. The Arab quartet at the time demanded a series of reversals by Qatar, including the expulsion of Turkish troops, but Doha rejected the demands, which it saw as violations of its sovereignty. The dispute was resolved earlier this year with an agreement signed in Saudi Arabia.

Güney also pointed to the change of administration in the United States having an impact on the dynamics of the region. “During the (former U.S. President Donald) Trump era, a special relationship with Saudi Arabia and UAE was constructed by giving them a lot of credit. Also, there were other developments such as recognizing Jerusalem as the capital of Israel, the signing of Abraham Accords and the relocation of embassies. When (U.S. President Joe) Biden took the rule, the process of de-Trumpization was launched and these policies were abandoned.”

During the Biden era, these countries had to cultivate more institutionalized ties based on normalization with the U.S., Güney said and added that as a result of this reality, they began to diversify relations so as not to be isolated in the event the U.S. abandoned them.

President Recep Tayyip Erdoğan last week hosted Abu Dhabi Crown Prince Sheikh Mohammed bin Zayed Al Nahyan (MBZ), as Turkey and the UAE seek to repair their relations and increase economic cooperation. The visit by the crown prince, seen as the de facto leader and the force behind the UAE’s foreign policy posture, was his first official trip to Turkey since 2012, and the highest-level visit by an Emirati official since relations hit a low as the countries have battled for regional influence and backed opposing sides in conflicts. The prince’s visit to Turkey was viewed as part of a wider effort by the UAE to recalibrate its foreign policy following an unsuccessful attempt to isolate fellow Gulf state Qatar in 2017.

Turkish officials described MBZ’s visit as the “beginning of a new era” following years of hostility after Ankara blamed the UAE for financing the 2016 coup plotters in Turkey and undermining Turkish interests in Libya. The UAE media also said that the visit will carry the relations between Turkey and Arab countries into a new period.

When we look at the two countries’ unique motivations, Yetim said that Ankara’s biggest expectation from actors in the Middle East and North Africa region during the normalization process is that they take into account Turkey’s sensitivities. Turkey expects these actors to demonstrate a change in attitude in this regard as this sensitivity was not exhibited in the past. In addition, Turkey has certain expectations when it comes to Gulf countries’ investments.

“The UAE’s desire to become a port-finance center is one of the important points in their interest in Turkey, if we take into account the potentials in the Eastern Mediterranean and the Kanal Istanbul process. Another key element in the UAE’s interest in Turkey is security relations. It is normal for the UAE, one of the small countries of the Gulf, which has security vulnerabilities, to want to benefit from Turkey’s position as a security provider and stabilizing actor, especially since the progress Turkey has made through concrete examples in the defense industry is obvious,” he explained.

During the recent visit, Turkey and the UAE signed bilateral cooperation agreements in numerous fields, including trade, energy and the environment. The UAE also allocated a $10 billion (TL 134.3 billion) fund to invest in Turkey. Deals made with the UAE during the visit will mark the beginning of a new era in the bilateral relations between the two countries, Erdoğan stated.

Güney also drew attention to the security dimension of this new trend. Turkey’s geopolitical gains on the field in different regions including Libya, the Caucasus and Eastern Mediterranean coupled with its rapidly developing defense industry prompted actors to pursue more positive relations with Ankara.

Impact on ties with other actors

Turkey is also engaged in an effort to mend its fraught ties through intensified diplomacy with other regional powers, after years of tensions. Erdoğan had reiterated that Turkey hopes to maximize cooperation with Egypt and Gulf nations “on a win-win basis.”

Erdoğan also said Monday that he is planning to pay an official visit to the UAE in February, underlining that similar steps made with the UAE will be taken to mend fractured relations with Egypt and Israel. Responding to a question specifically mentioning Egypt and Israel, Erdoğan said that ambassadors will be appointed according to a certain schedule when decisions are taken.

“Whatever steps are taken between us and the UAE, we will take steps like this,” he said in light of the debates swirling about how the normalization will affect Turkey’s relations and possible rapprochement with other regional players, namely Egypt, Israel and Saudi Arabia.

Turkey will be trying to improve relations with Saudi Arabia, Erdoğan also said on Tuesday, adding that ties with Egypt are also ongoing on a ministerial level as Ankara eyes mending frayed ties with regional actors.

“There could also be different developments,” Erdoğan said during a televised speech on Turkish public broadcaster TRT, referring to relations with Cairo.

“There is a significant potential for cooperation between us and Gulf countries. Our economies are complementary to one another. We see new cooperation projects based on mutual benefit as an opportunity for joint investments,” he pointed out.

In this regard, Güney highlighted the economic potential of the rapprochement. Explaining that regional actors can cooperate through win-win opportunities across many fields, she said that these opportunities can lead to new alliances given the rapid transformations in the region. Accordingly, regional actors tend to prefer new alliances and partnerships based on their interests, rather than rigid ideological principles. Transforming conditions and changing interests can also affect other countries’ stances as long as there are mutual gains and opportunities, she added.

“These countries tried to contain Turkey and an anti-Turkey alliance was formed. But, this was not an alliance based on rigid ideological foundations. All countries act through their own interests. Parties try to diversify their interest areas,” she said and noted that Turkey has repeatedly expressed that it is ready to take positive steps and cooperate with all actors through a win-win approach as long as its rights and interests are not targeted by violating international law and principles.

The Abu Dhabi administration is in close contact with these actors, Yetim said, adding that it will contribute to the easing of tensions between Turkey and these states while strengthening the effectiveness of the dialogue mechanisms.

“In fact, there were concrete problems between the mentioned three actors and Turkey, and these problems are being discussed in the negotiations that have been going on for a while, and some steps can be seen on these issues in the future. Although there was no such concrete problem between the UAE and Turkey, it was seen that the UAE administration has followed an anti-Turkey regional attitude for a while, which may be irrational in terms of its own foreign policy,” he said.

In the background of this attitude, it can be said that there was a conflict between Qatar and the UAE, Yetim noted adding Turkey’s consolidation of its position as an active actor in the Gulf region after the Qatar crisis brought the UAE administration, which is known for its pragmatist attitude, to modify its foreign policy process.

“The normalization process reached by the Abu Dhabi administration can be seen as a development that confirms Turkey’s position in the region and confirms its influence, and it can be evaluated that this process will open the door to constructive relations with other problematic actors,” Yetim added. 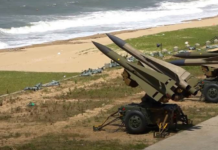 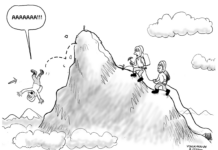 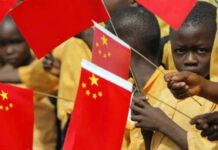