And it is not an easy task handling a troublesome neighbour, as Uhuru’s father found out before him.

Uhuru might need the wisdom of his father and tough under-the-table diplomatic dealings to handle the current border issue.

His father’s foreign policy was shaped by the fear of war with Somalia – and this is what we get from archival documents.

To safeguard the nation, Jomo Kenyatta had Bruce McKenzie and Charles Njonjo negotiate for him a military deal with Britain, which is now known as “The Bamburi Understanding”.

The deal gave him an assurance that in case of war with Soviet-backed Somalia, the UK would intervene. But it was not in black and white – as I am putting it here.

How this was reached is the story of diplomatic manoeuvres during the Cold War and where personal friendship drove foreign policy and Kenya’s relations with the UK.

Shortly after independence – in 1964 – Jomo’s government requested for a squadron of Hunter aircraft and BAC Strikemasters for the military to tackle the Shifta crisis.

“You can’t afford,” Kenyatta was told by Duncan Sandys, then-Secretary of State for Commonwealth Relations.

But he was assured, verbally, that Britain would come to Kenya’s aid in case it was attacked by Somalia.

This was what was known as “Sandys Understanding”, and it meant different things to different people.

While some British policymakers saw it as a vague commitment to a new member of the Commonwealth, Jomo Kenyatta thought it was a sound commitment – something he could rely on.

This was actually reflected in a paper prepared by a Kenyatta-chaired government committee in January 1966 and which partly, and wrongly, noted that “the British ground attack aircraft would be available to support the Kenya Army within 24 hours, and that limited ground forces would start arriving within 48 hours of Somali regular forces violating our frontier”.

Months after this meeting in Nairobi, President Kenyatta sent his Minister for Agriculture and Animal Husbandry, Bruce McKenzie, to London for talks with British Defence Secretary Denis Healey – the man who later nicknamed Margaret Thatcher “Rhoda the Rhino” – perhaps because he was the only Kenyan who could handle a politician regarded as a “bully” and with “silkily lethal insults”.

On Somalia, Healy did not help much, and records dated May 24, 1966 indicate that when McKenzie asked him about “Sandys Understanding”, he said that Her Majesty’s Government was “sympathetic (but) an unwritten obligation was not a meaningful concept in international relations”.

This made Kenyatta and his inner circle panic, for they knew that on Somalia, they were on their own and that their interpretation on British commitment was, perhaps, wrong.

Again, despite the public bravado, Jomo knew that the Kenyan army, then, was no match for President Aden Osman’s army.

President Osman had declared categorically that no diplomatic initiative would be undertaken with Kenya.

In order to understand what “Sandys Understanding” meant, President Kenyatta sent McKenzie and Njonjo to meet with British Prime Minister Harold Wilson on November 11, 1966, who had won the general election that March.

Wilson listened to the two, and what was previously known as “Sandys Understanding” was to be formalised through a letter that was to be delivered to President Kenyatta.

Njonjo had told the Prime Minister that he was “not seeking a formal undertaking, but an informal assurance that if Kenya asked for British help if they came under attack from Somalia, this help would be forthcoming”.

It was more of some personal assurance, and the British handling the matter in London seemed happy to bypass the High Commission in Nairobi.

The Kenyatta Cabinet had been made to believe that such a military pact actually existed but in essence, it wasn’t there.

McKenzie actually told the British Prime Minister, according to archival records, that “apart from President Kenyatta, Njoroge Mungai, Njonjo and himself, the entire Kenya Cabinet believed there was already a pact”.

But in the British records, the “Sandys Undertaking” did not exist as a document. And as the Somalia crisis continued, some officials had tried to look for any record to no avail.

Two months after the Harold Wilson meeting with McKenzie and Njonjo, another secret meeting was called with George Thomas, the UK Minister of State, Commonwealth Office.

This meeting took place on January 13, 1967 in London and it was to turn Sandys oral assurance into a document.

It was attended by McKenzie, Gichuru and scholars of British foreign policy, who now argue that the push was for a “boite de papier – anonymous and completely informal”.

In essence, “the British civil servants were trying to achieve the impossible – a non-committal commitment”, according to one scholar.

What we now know is that a formal note was written and on January 25, 1967, the British High Commissioner in Nairobi, Edward Peck, flew to Mombasa and went to Kenyatta’s Bamburi home where he delivered the written assurance that is today known as the ‘Bamburi Understanding’.

It was a personal undertaking from Harold Wilson to Jomo Kenyatta, and when he lost the election to Edward Heath of Conservative party in June 1970, the Kenyans were thrown back to the drawing board.

Once again, McKenzie – who had now left the Kenyatta Cabinet – organised another meeting for Charles Njonjo to visit No. 10 and meet Heath “through the Cabinet office”.

The Foreign and Commonwealth Office had told the new Prime Minister’s office that Njonjo was carrying a letter from Kenyatta asking “for a reaffirmation by the present government of the Bamburi Understanding”.

“The Kenyans attach great importance to the Bamburi Understanding, and President Kenyatta greatly values the personal contact with the Prime Minister, which he feels is available to him. As he cannot leave Kenya, he can only operate by sending one of his senior ministers with a personal message. Njonjo is a lawyer with a retentive mind and will report back faithfully to President Kenyatta everything that is said to him,” said the memo from FCO to Prime Minister’s office.

In a note McKenzie had written to former British High Commissioner, Peck, he said it was Kenyatta’s wish that now that a Conservative government was in power “the understanding could be renegotiated”.

But London wanted to keep it “vague and non-committal” – at least from their side – and McKenzie also took time to remind the UK that they had been given RAF facilities in Kenya and that their army was training in Nanyuki.

But the British did not want to link these facilities to the Bamburi Understanding.

“Various defence facilities which we enjoy are not of course granted to us in the context of Bamburi and it is quite wrong for McKenzie to suggest that they are,” said senior diplomat E.G. Le Tocq of the East African department to Sir E. Norris, the British High Commissioner to Kenya.

After Heath lost his seat to Wilson in February 1974, both Njonjo and McKenzie flew again to London to assess Kenya’s military needs and they took with them the British High Commissioner, Anthony Duff.

By this time, the military build-up in Somalia had increased and there was notable Soviet presence in Mogadishu and Yemen, which terrified Kenyatta.

Kenya, according to then-estimates, required £150 million as capital expenditure for the armed forces.

But it could only afford £20 million, 90 per cent of which was funded by Britain on credit terms.

But before Harold Wilson could help Kenyatta, he resigned on March 16, 1976 – the victim of a vicious KGB dirty campaign. The “Plot Against Harold Wilson”.

If you have read Spycatcher, Wilson was the victim of an illegal campaign by security agents and he was deemed to be a Soviet agent – which was a lie.

He later fell after an anti-Wilson propaganda was carried out through the media, giving way to James Callaghan.

Kenyatta was again eager to make sure that Callaghan knew about the Bamburi Understanding and that is why on May 14, 1976, Callaghan had a meeting with Njonjo in London. It was urgent.

Callaghan was hardly two months in office and on his desk was a Foreign and Commonwealth background note with a header – “Bamburi Understanding”.

That note is today shelved at the British archives in Kew Gardens — and is an important document on what British thought of Kenya’s crisis with Somalia, or rather the secret assurance that Jomo Kenyatta got about Somalia.

What we see in all these is that the Bamburi Understanding was driving Kenya’s relations with UK, and that a small circle of friends was privy to the details.

In essence, the Somalia issue had allowed Kenyatta to shape his relations with UK. But if he got anything out of it is hard to tell. Years later, Kenya had to turn to the US for military aid.

Uhuru Kenyatta is now facing another Somalia headache; what can he do? 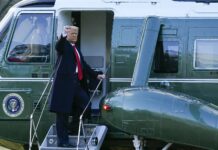 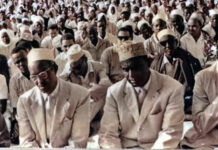 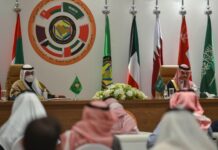