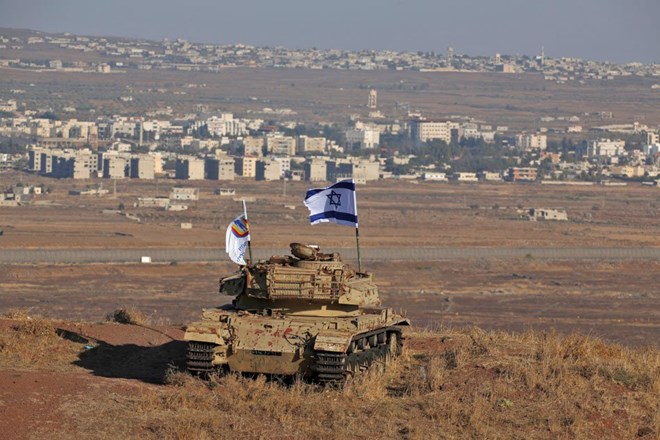 (Geneva) 23 March 2019 – The UN Human Rights Council on Friday voted to pass a resolution condemning the Israeli occupation of the Golan Heights and urging Israel to comply with past UN resolutions.

In a major departure from longstanding western policy, all EU members voted against the resolution. In the past, European nations voted to abstain from the item.

Despite Western opposition, the draft resolution passed by a vote of 26 in favour and 16 opposed.

Surprisingly, Somalia was among 5 countries that abstained from voting that included Cameroon, Democratic Republic of Congo, Fiji and Rwanda.

Somalia did vote to support two other resolutions: the right of the Palestinian people to self-determination and to condemn Israeli settlements in the Occupied Palestinian Territory including East Jerusalem and in the occupied Syrian Golan.

A high-ranking government official who asked for anonymity told HOL that he was surprised by the abstention vote. He added that the vote is at odds with the official government position. 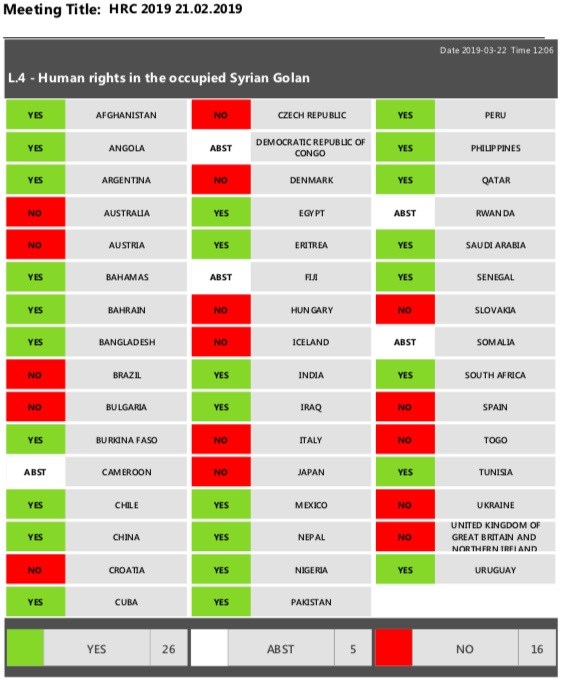 HOL contacted the Ministry of Foreign Affairs but are still waiting for a response.

The vote comes just a day after U.S. President Donald Trump said: “it was time for the U.S. to fully recognize Israel’s sovereignty over the Golan Heights”. Trump is preparing to host Israeli PM Benjamin Netanyahu at the White House next week while they both attend the annual AIPAC conference. Trump’s move to recognize Israel’s sovereignty of the Golan Heights is seen as a way to shore up support for Netanyahu before major elections in Israel.

The United States left the Human Rights Council in protest last year after Nikki Haley, then the U.S. envoy to the United Nations called the council a “cesspool of political bias.”

Trump’s declaration is in direct defiance of international law and U.S. policy.

Golan Heights has 34 settlements and is home to 20,000 Israeli settlers.