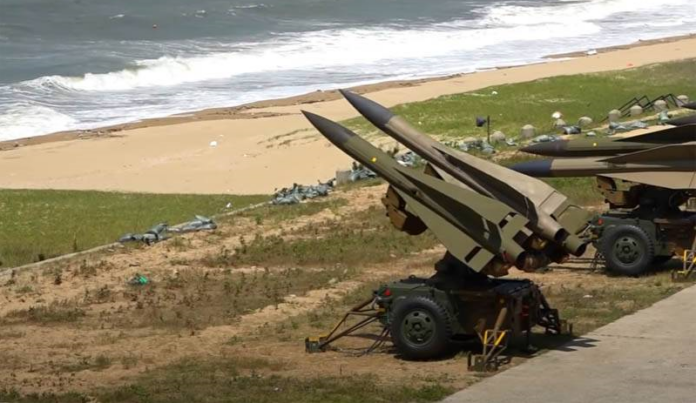 (Hadalsame) 23 Jan 2022 – It happened before – in April of 1808 during the Finnish War the Russian army invaded the Swedish island of Gotland with 1,800 men. Three and a half weeks later, 2,000 Swedish marines landed and liberated Gotland, and the Russians withdrew.

However, the end result of the Finnish War, which lasted 1 1/2 years, meant that Sweden lost, in addition to other regions, Finland, which then became an autonomous grand duchy in the Russian Empire. As a matter of fact, the so-called Finnish War was actually a further Swedish-Russian War; to be even more precise, it had been the 11th such war since the Swedish-Novgorodian War, which occurred during the 12th and 13th centuries.

Flashback finished, fast forward 214 years: Swedish media is publishing images of tanks on the streets of Gotland’s main town of Visby, with an island population of just under 60,000 citizens. What is going on?

330 kilometers from naval base

International commentators quickly jumped on the unfolding story, which saw the light of day last Thursday. Interestingly enough, it was Russia Today that came up with a catchy title that read “Tanks on European streets due to ‘Russian threat’” – readers kindly note the two quotation marks before and after “Russian threat.” Other media copied and pasted the article, yet with a twist: BigNewsNetwork went public by declaring “Tanks on European streets due to Russian threat.” The former put the threat posed by Russia into question, the latter announced developments as if there is a guaranteed Russian threat. So much for objective reporting.

What is guaranteed, however, is that recently any potential international movements and involvement by Moscow are scrutinized more than under normal circumstances and it all boils down to the situation in and around Ukraine.

Before we discuss this further, let us quickly recap why Gotland is of strategic interest in the first place. The island lies 90 kilometers (56 miles) off the Swedish eastern shores and 130 kilometers from its closest foreign neighbor, Latvia. Nevertheless, the figure that really matters is 330 – Gotland is 330 kilometers from Kaliningrad, home of Russia’s impressive Baltic Sea naval fleet, a short distance by all accounts.

Referring back to Russian tension, a Swedish military spokesperson was quoted as saying: “The effort should be seen as part of Sweden adapting its strategy to the tense situation between Russia and Ukraine, which has been grabbing media headlines for several months. The U.S. and its NATO allies have claimed that Russian troops are set to invade neighboring Ukraine as early as January or February. Moscow has dismissed the statements as fake news.”

Swedish Defense Minister Peter Hultqvist replied to questions from a reporter from Agence France-Presse (AFP) that Swedish forces take necessary measures to guarantee Sweden’s integrity and to demonstrate the forces’ capabilities. News agency TT went on by further quoting the minister that Sweden would take the situation seriously.

But had happened that Stockholm felt the need to show off its strength and military power? What triggered such an unprecedented move despite the fact that a new regiment was stationed in Gotland in 2018, the first such new regiment deployed by Sweden since the end of World War II?

At stake: Moscow’s decision to move three of its heavy landing ships from the Barents Sea in the Arctic Ocean to the Baltic Sea. Not shy for straightforward reporting, German tabloid Bild tried to sum up public sentiment in Sweden by announcing that according to an anonymous government official, Stockholm is on alert in case Russian President Vladimir Putin uses the three landing ships to invade Gotland. According to the official, should Putin plan anything against the Baltic countries, he would first have to take Gotland.

Fair enough, a leading tabloid newspaper must address issues in a different format than a major broadsheet, but what is so interesting here is the underlying verbal current, the overarching selling of news yet again that may or may not be true. This in turn stirs up public sentiment and who would be surprised if it stirs up anti-Russian sentiment; let’s be honest, how many average newspaper readers invest another few hours after reading a short summary piece by searching for facts and figures themselves?

The fact is those three landing ships were re-deployed. The fiction is that they were sent there to invade Sweden’s Gotland – at least from today’s perspective.

On NATO and pipelines

Lieutenant General Michael Claesson, chief of Joint Operations at the Armed Forces, was quoted by a Reuters’ article as saying: “Sweden’s security strategy would be entirely undermined if NATO agreed to refrain from expanding further and to curb some of its activity in Europe, as Russia has demanded.”

And now the picture becomes more blurred indeed. Is Stockholm changing tactics and asking NATO to get more involved in the region, perhaps even one day joining the alliance with which it has a close working relationship?

Could Moscow be worried about exactly such a development?

And there is a totally different dimension we must take into account. After a global health situation lasting almost two years, some geopolitical actors might want to fill the void created by growing uneasiness among the populations due to ongoing lockdowns and other restrictions in many places by returning to the stage of world politics by acting the strong man. It is not unlikely that in order to rally the electorate behind oneself a number of hard-line politicians might say look, we survived COVID-19, now let’s play strategic monopoly.

However, any modern leader would engage in foresight analysis and clearly define and understand the correlation between action and reaction.

Re-deploying landing ships in the Baltic Sea is one thing, parading tanks on Gotland is another. Both sides will have understood the intended message on either end. To make certain that there is no further escalation, only diplomacy can reduce the tension.

Will there be another Swedish-Russian war? Of course not once the players analyze the situation with caution and weigh all the options. What is much more interesting in this context and to conclude: Who, if anyone, would be interested in stirring up tension between Sweden and Russia? Who would benefit? Much geopolitical (pipeline) food for thought indeed.

And a final friendly reminder to colleagues abroad who not only comment on political saber-rattling but reenforce it: When a crisis erupts, responsible journalism demands an objective and at times distanced, neutral standpoint. Not distanced as in “we do not care,” but in a sense of listening to all sides and then coming to conclusions. Words matter in international relations as they do in our very own profession. Verbal warmongering in the media may lead to verbal warmongering among the public and a further rise in xenophobia and racism and radicalization, which some try to sell us as nothing but “populism.” “Russian plans on invading Gotland” are a perfect case in point. 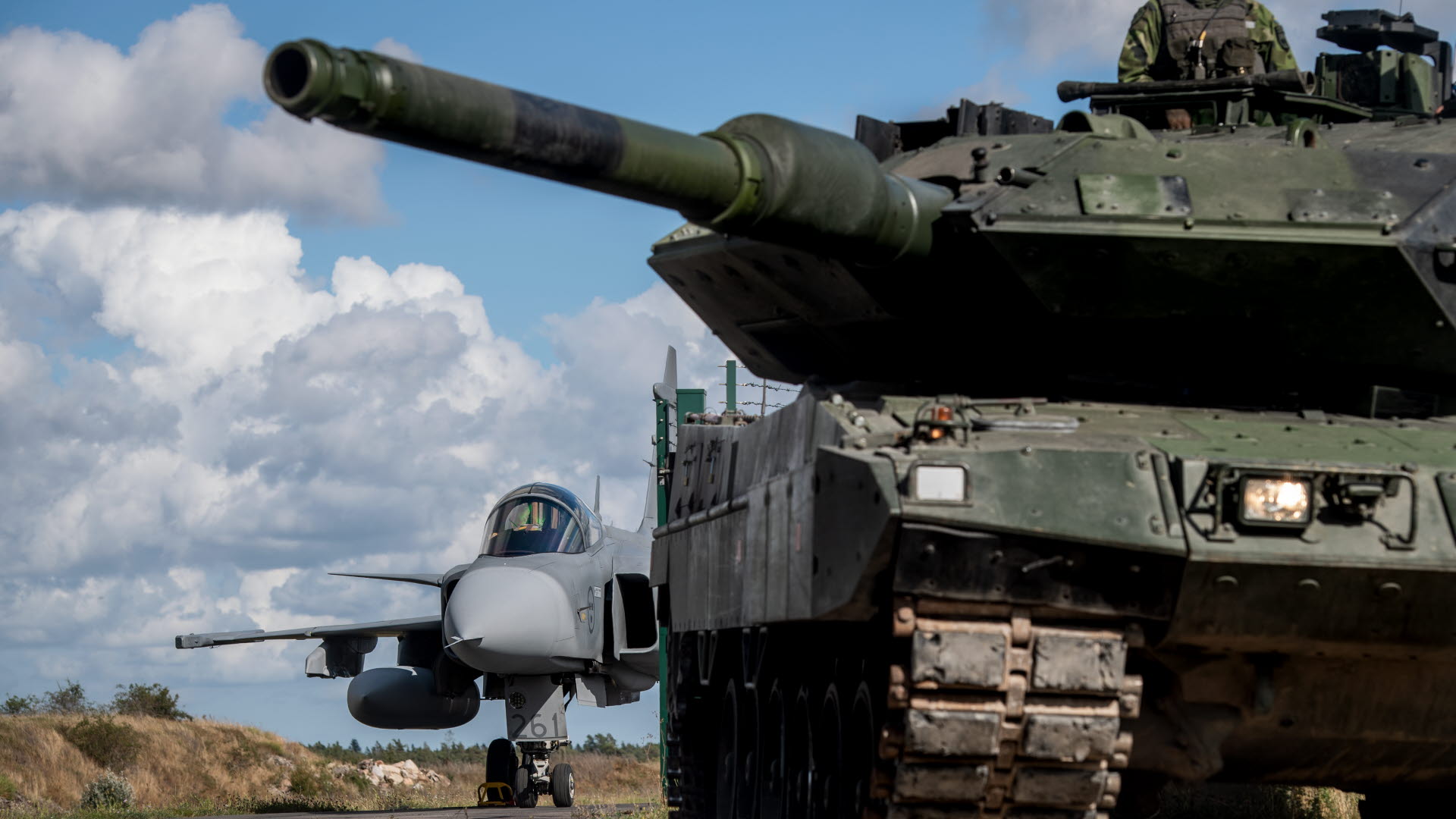 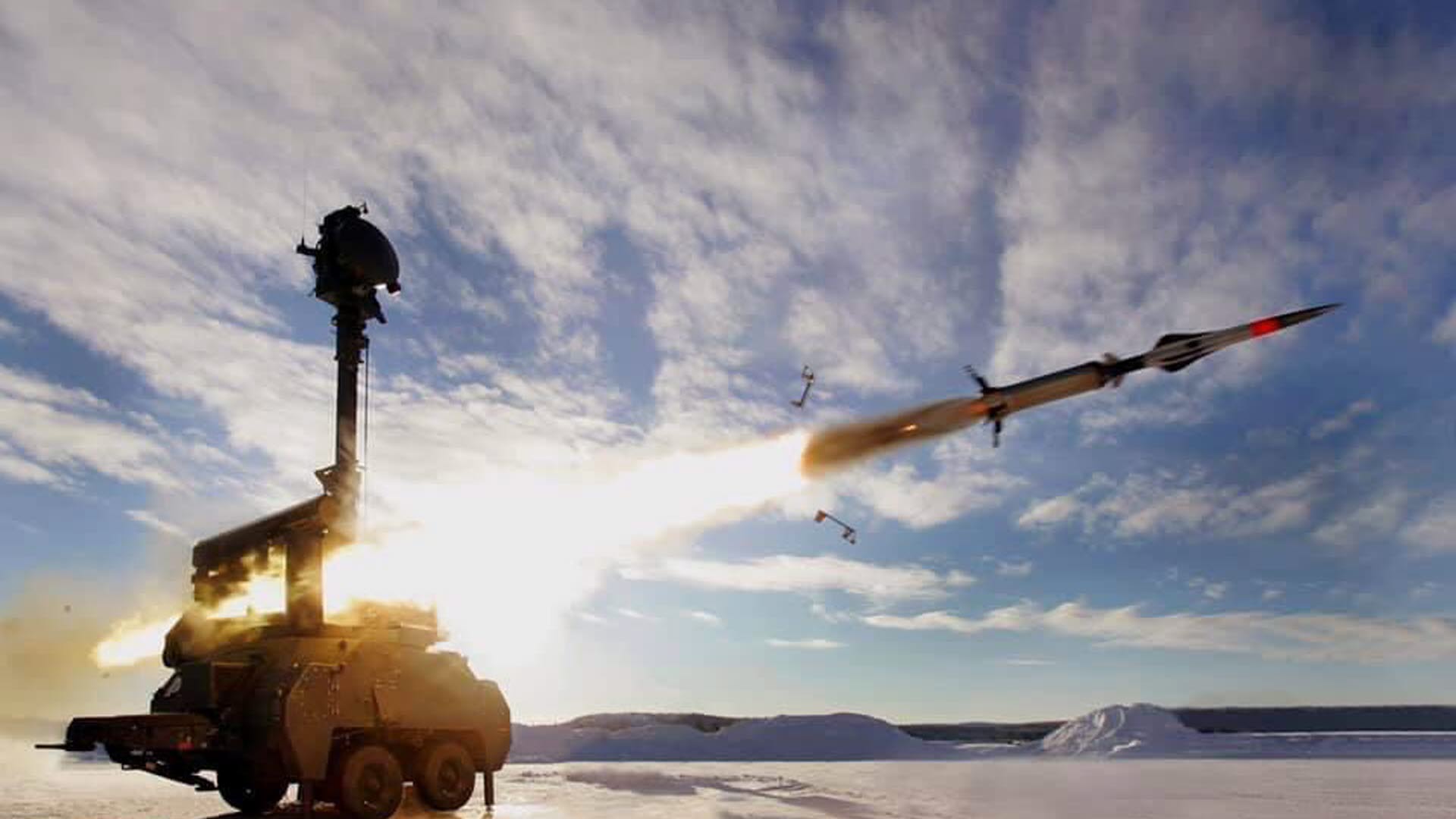 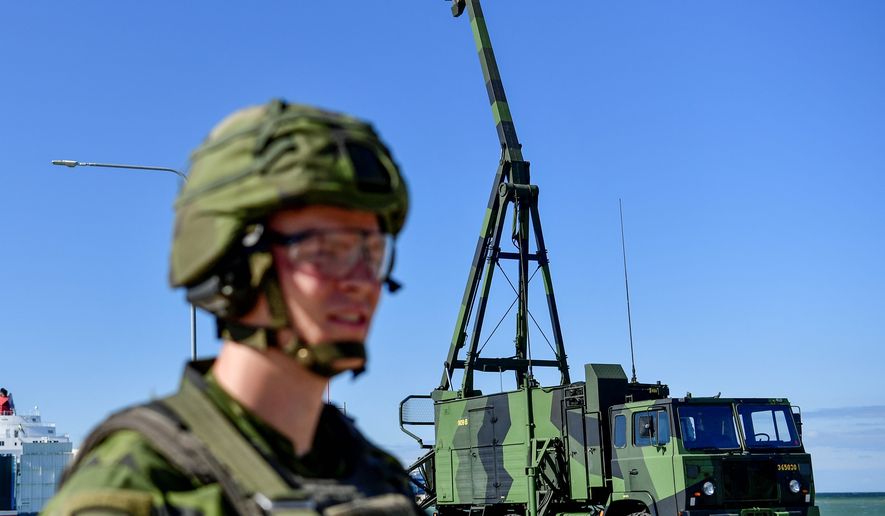 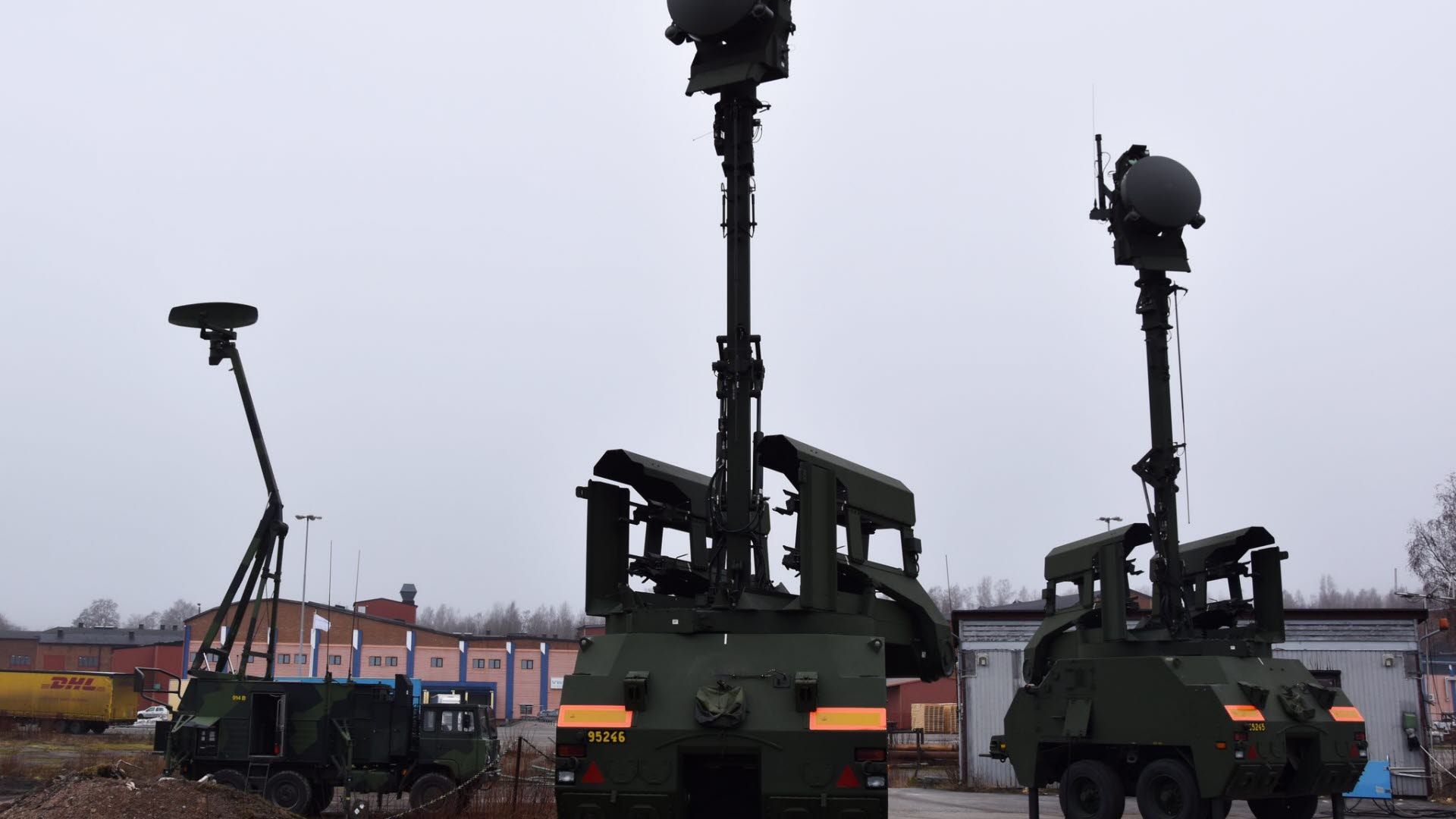 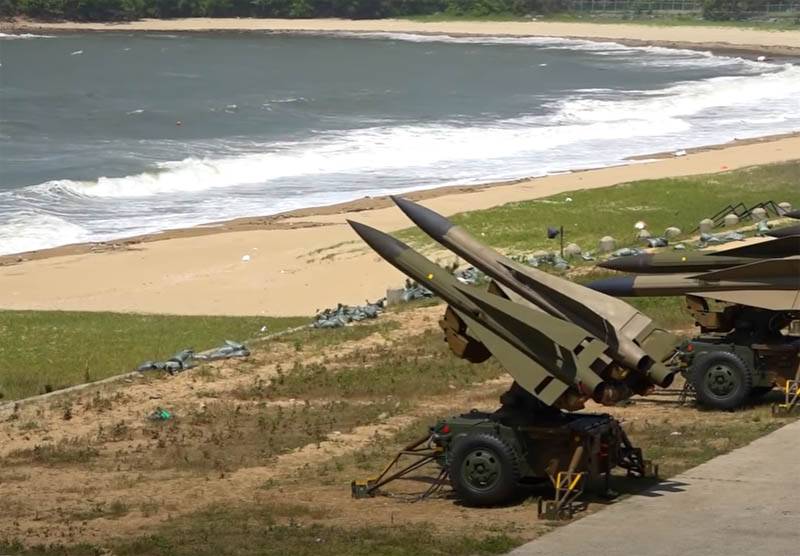 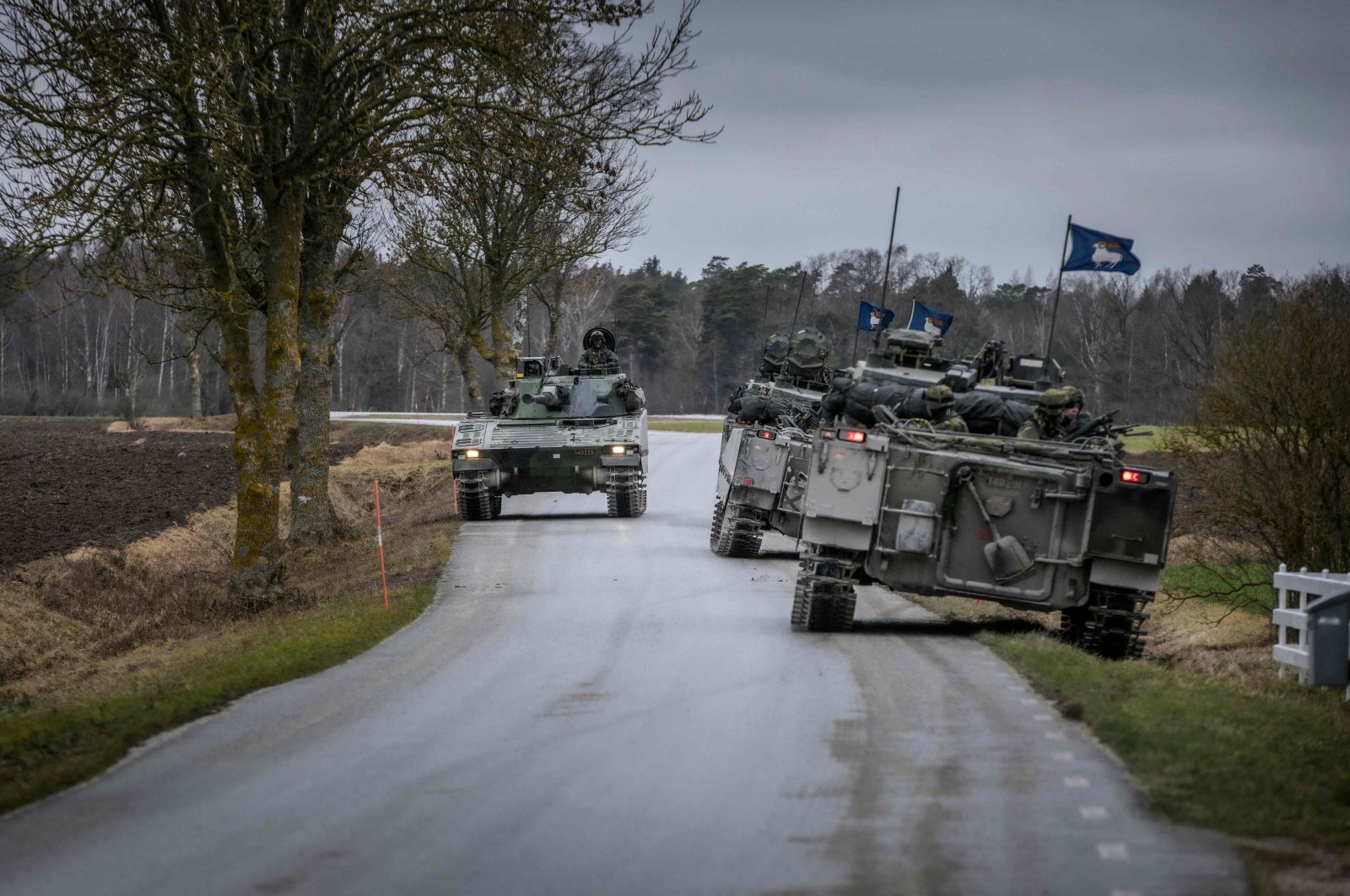 Political analyst, journalist based in London