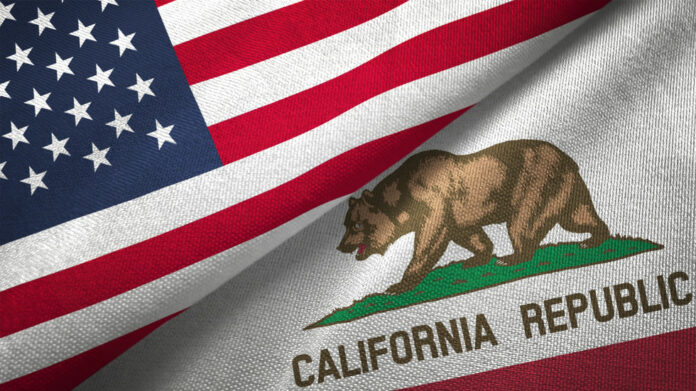 (Hadalsame) 19 Dec 2021 – With rural and suburban Californians sick and tired of Democrat one-party rule being foisted on them by LA and San Francisco, there’s a growing movement to make ‘New California State’ the 51st star on the star-spangled banner.

The United States of America was founded as a constitutional republic with a republican system of government, rather than as a direct democracy. The founders designed it this way because, not only did they understand human nature, but they also understood history.

Taking a lesson from the ancient Greeks among others, the founding fathers wanted to avoid the majority ruling over the minority, which is what a direct democracy is set up to allow by default. That’s because, in a pure democracy, the populist voice and vote is the final word. In a republic, on the other hand, everyone – including the minority – has a say, and all have representation by way of the electorates who represent them. That’s the point of the electoral college.

California’s current political climate is a prime example of exactly what the framers of the constitution wanted to avoid: a one-party government that has become tyrannical, with the majority ruling over a voiceless minority.The founders acknowledged that human beings are ambitious (read: power hungry), and if one-party rule were ever allowed to dominate in any state, it could become impossible to reverse. Political leaders are more inclined to hold onto any power they gain, regardless of what’s best for their constituents, as it turns out.

There are several reasons this came to be, but the primary cause is that California is a large state with a population of 40 million people, most of whom reside in one of the coastal cities. The rural areas, which make up most of the land mass, have far fewer representatives. As a result, the people who live there have little to no voice in any of the elections. Meanwhile, the densely populated cities of San Francisco and Los Angeles are a far cry from reflecting the views of rural and suburban California, which tend to lean to the more conservative and moderate.

The last time the state of California voted for a Republican presidential candidate was in 1988, for former President George H. Bush. Since that time, California has become so blue, it has voted Democratic 100% of the time since the year 2000. However, the Golden State’s overall voting pattern prior to 2000 was always a 50/50 split between Democratic and Republican presidential candidates.

There’s no single reason why the voting pattern has shifted so drastically since 2000, but, in brief, it can be explained by mass immigration combined with domestic migration patterns. In addition to importing more blue voters both from home and across the border, California has driven out a large chunk of middle-class Republican voters due to high taxes, burdensome regulations, and high housing costs. What remains is a predominately white, über-liberal upper class ruling over the entire state. But 20 years of mono-party rule may be reaching a breaking point.

Six years ago, a man named Paul Preston, host of Agenda 21 Radio – a talk show that exposes the real aims of UN’s Agenda 21, a non-binding 1992 resolution that suggested ways for governments and NGOs to promote sustainable development – spearheaded a grassroots initiative with fellow Californians to divide California into two separate states, forming ‘New California’ as the 51st state.

The movement has steadily gained momentum, with citizen supporters across the state turning up for twice-weekly conference calls and weekly courthouse grievance readings – more than 113 grievances have been read in the courts to date, with 95 new ones scheduled, at the time of writing. The list of grievances is long, but they can be loosely summarized as pointing out the corruption in the state government, failing infrastructure, burdensome regulations on businesses, high crime, high taxes, mismanaged forests, and a tyrannical one-party government.

Fifty-three counties are in support of the effort, with governing representatives appointed in each locality. In January 2018, New California State officially declared independence, and a state constitution is now in the works. Delegates have thus far conducted eight constitutional conventions, and formed a bi-cameral legislature, all in a relatively short space of time. But even more significant is their most recent victory, on October 7, when New California State representatives secured a meeting with the California Assembly, the Senate, and the US House of Representatives.

This isn’t the first attempt to split up the state, and, in fact, it has been attempted no fewer than 220 times without success. The major difference this time, however, is that this effort follows the United States Constitution and takes the legislative route. For those who may be curious, this is specifically outlined in Article IV, Section 3 of the US Constitution, which permits a state to form from another, following a specific process that requires permission from that state.

While this might seem a long shot, consider that California is in a very high level of debt, with no solution in sight. New California State delegates propose to take on half of that debt – a small price to pay for population parity and representation.

If things go well in the coming months, there will be negotiations, followed by an appeal to the US legislature. New California would ultimately become home to around 19 million residents, while the other 21 million would remain in old California. Maps have been drafted, but nothing has been finalized geographically. It should also be noted that New California doesn’t endorse any political candidates, and all political parties would be established in the new state.

At a recent statewide public conference call, representatives spoke via Zoom and took questions from the public. They discussed the recent town-hall meetings, where they had heard from parents who were at breaking point over what their children were being subjected to in public schools: critical race theory, forced masking, and the vaccine mandate, to name but a few of the concerns raised.

Across the board, the education system and government overreach were the topics on everyone’s minds. One young mother broke down in tears, when describing the difficult choice she had been forced to make in pulling her daughters out of school with no alternative provision. Listening to her, it was hard to believe we were still in America, land of the free. California has taken a hard-left turn, and its citizens are suffering. The founders would, beyond doubt, approve of the new state, if for no other reason than that it offers an escape from this kind of tyrannical rule. Thankfully and mercifully, they gave us Article IV.

What struck me most during the conference call was that people seemed to be both surprised and elated that they actually now had a platform where they could express their concerns. It was as though, for the first time, they were actually being listened to, rather than trampled on by their own government. And although there was frustration, anger, sadness, and despair in those voices, there was also hope. Hope that things could change, and that they might have the chance to be part of a community that could chart a new course. Hope for a better life, for freedom, and a fresh start. Hope for a new day – in a New California.

BY: Memoree Joelle is a writer and constitutional conservative living in Los Angeles.

The statements, views and opinions expressed in this column are solely those of the author and do not necessarily represent those of Hadalsame Media. 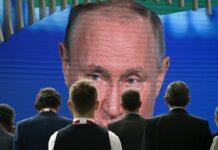 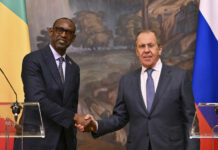 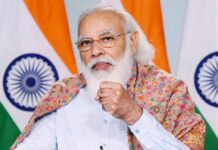