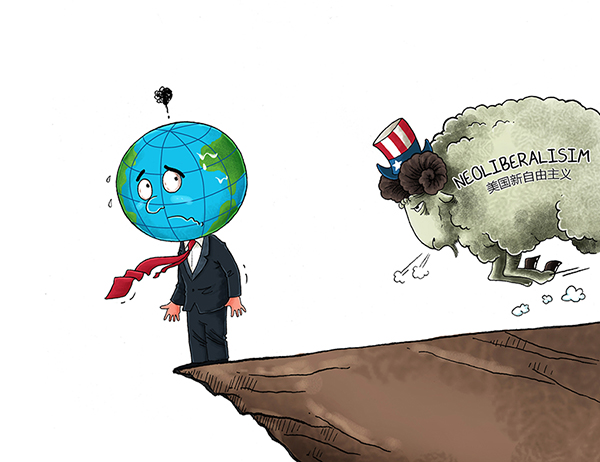 (Hadalsame) 15 April 2020 – There will never be a better opportunity to radically rethink the current economic and social model.

The Renaissance blossomed in Europe roughly five centuries ago. Priot to that, the continent had gone through the Middle Ages and been afflicted by the Black Death, which decimated its population. Today, the coronavirus pandemic may be history’s way of offering something approaching a replica.It is too early to say how this replica will unfold, but it is important to start thinking about the day after the coronavirus crisis hopefully ends.Although many pundits say the world and globalisation will not be the same, now is the the time to shape this outcome, to avoid what the Sicilian Giuseppe Tomasi di Lampedusa warned against in his classic novel, The Leopard: “Everything needs to change, so everything can stay the same.”

The essence of leadership

This pandemic is providing many lessons. One of those is about the essence of leadership. It consists not only of inspiring and reassuring others. It is not limited to effectively dealing with emergencies. It is also, crucially, about foreseeing future outcomes and planning accordingly, with the right lessons learned from past mistakes. Another virus threatens our societies: cognitive failure and the decline of historical memory. If in 2003, after the SARS epidemic, the leading countries in pharmaceutical research had devoted time and resources to developing a vaccine, today perhaps it would have been available and effective against the current coronavirus. Yet, at the time, the small number of infections and probably the predicted limited earnings did not stimulate such an effort; today, we understand how fatal that omission was.

The priority now is not only to revive the economy, but above all, to change how the economy and society have been managed

World leaders are so consumed by their compulsive obsession with the present that they do not reflect sufficiently on the past or future. The priority now is not only to revive the economy, but above all, to change how the economy and society have been managed.Dramatic and unexpected events must be prevented and controlled, so they do not have the capacity to overwhelm us.The post-coronavirus period will be shaped by how some major challenges are dealt with. In reaffirming certain prerogatives of nation-states over wild and limitless globalisation, it will be important to avoid falling into crude and petty nationalism, where the step towards authoritarianism is often short (as in Viktor Orban’s Hungary).

In tempering globalisation, cooperation between states and international institutions should be preserved, as they remain essential tools for overcoming any emergency. Considering how much globalisation has blessed the web giants – including Facebook, Apple, Amazon, Netflix and Google – with huge profits, the time has come for them to become normal taxpayers.For the world economy to be saved, additional resources must be leveraged, different wealth taxes levied, and tax havens eradicated, with the same determination used against terrorism.As fossil fuel prices dip, there will never be a better moment to divert investments towards renewable energy supplies.

For some actors, it will be crucial not to miss opportunities again. In the aftermath of the 2008 financial crisis, the European Union failed to live up to its widely claimed values of solidarity and cooperation; a repeat of this during the much more serious coronavirus crisis could mark the end of the union.

From Lebanon to Chile, the people are rising up against neoliberalism.

The revival of the economy cannot follow the post-2008 model. Different criteria must be applied for measures with a bigger outreach. Hundreds of millions of people were left behind by austerity measures, while the broken and corrupt financial system was bailed out. It is not possible to expect in 2020 the same tolerance and resignation towards the distortions and inequities of the previous decade’s economic measures. In such a context, finance must finally return to its origins: a tool at the service of the economy, ending the perverse opposite sequence followed for the past four decades. Neoliberalism must end. The economic system should move from the current model, which has created a small number of stratospheric riches, to one that will ensure a stratospheric number of dignified existences.

Finally, the current concepts of threat and security must be reviewed. Decades of warnings over Russian, Chinese and Iranian threats now sound less convincing, even if the virus did originate in China.Hundreds of billions of dollars spent annually by the US on weapons, alongside hundreds of US military bases around the world, have proved useless in preventing the biggest threat facing the country since the Second World War.

The pandemic and its management have given China a further opportunity to credit itself as the promoter of a new world order. Reliable scholars are asking if China has won. But the real chance to have a better world tomorrow will largely depend on the US. The choices made in Washington will determine whether the world order will return to the status quo ante, which has proven for years to be unfair, dangerously financialised, debt-bubbled and unsustainable. Going through the current sacrifices and pains, and then resuming neoliberal business as usual, would be foolhardy. The pressures and temptations for such an outcome will be huge, but it will be up to the major political leaderships to resist and opt, for once, to favour the expectations of the many over the usual few.

There will never be a better opportunity than this tragic crisis to radically rethink the current economic and social model – to make it less presumptuous and more humble, less predatory and more empathetic, less selfish and more supportive, less discriminating and fairer. In simpler terms, more respectful towards people and the surrounding environment. Humanity deserves a new Renaissance.

The views expressed in this article belong to the author and do not necessarily reflect the editorial policy of Middle East Eye.

NB: Marco Carnelos is a former Italian diplomat. He has been assigned to Somalia, Australia and the United Nations. He has served in the foreign policy staff of three Italian prime ministers between 1995 and 2011. More recently he has been Middle East Peace Process Coordinator Special Envoy for Syria for the Italian government and, until November 2017, ambassador of Italy to Iraq. 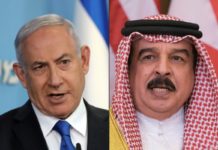