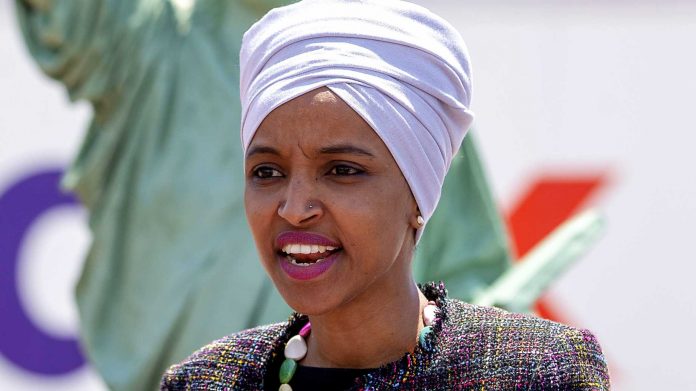 On Wednesday night, Fox News host Tucker Carlson attacked Congresswoman Ilhan Omar for her ingratitude. “After everything America has done for Omar and for her family,” Carlson told his viewers, “she hates this country more than ever.” He called it “ominous” that Omar should have such disdain for his country’s values. “Our country rescued Ilhan Omar from the single worst place on earth,” said Carlson. “We didn’t do it to get rich—in fact it cost us money. We did it because we are kind people. How did Ilhan Omar respond to the remarkable gift we gave her? She scolded us and called us names.”

There is so much miseducation and bad faith in that tiny word we. Carlson had nothing to do with Omar’s rescue from Somalia. He is just a privileged man who won the lottery of birth. If it were up to him, she would never have been allowed in. But even if he had been the very asylum officer who swung the door open for Omar’s family, the we implies that a place in America was his to give, that he is somehow entitled to (but she has been gifted) the freedoms and education and powerful voices they both enjoy.

I don’t watch Carlson’s show. I found out about this incident because I have a Google alert for “ungrateful refugee,” a term his followers began to throw around shortly after his comments aired. That phrase also happens to be the name of my new book and a major intellectual and philosophical preoccupation since I escaped Iran in 1988 and arrived in the U.S. via an Italian refugee camp 16 months later (at 10 years old, the same age Omar was when she arrived).

The term “ungrateful refugee” is designed specifically to remind us that immigrants will never be as American as the native-born, no matter how much time passes, how much good they do for their new country, and what citizenship they obtain. It is a calculated attempt to reinforce nativist power dynamics between the children of the rooted and the children of the displaced, to remind the latter that they will forever owe their lives to someone else. And yet, it is uttered most often by those who have never had or will ever have anything to do with anyone’s rescue—these are, in fact, the very people who wish to shut the door and throw away the key.

More baffling is that the term “ungrateful refugee” goes against one of Carlson’s (and his fans’) own loudest beliefs: the call for a quick assimilation. Though these nativists don’t actually care what goes on in the hearts and minds of migrants and refugees, they want them to posture weakness, thankfulness, subjection, and then a full and visible transformation—quick, theatrical Americanness for the benefit of the native-born. “You’ve had five, 10 years here,” they think. “Learn our ways already.” And therein lies the problem with Carlson’s argument: Real Americans dissent.

If a person is to assimilate and become American, they have to be allowed to participate in the American democratic process. They have to be able to think freely, to make arguments, to arrive at different conclusions than their neighbors, teachers, and, cable news personalities do. To be told they must agree with some segment of the native-born is undemocratic and absurd. Is Carlson suggesting that giving asylum to Omar was a bad decision because she has different ideas than he does? Putting aside the value of her life, does the fact that, like Carlson himself, Omar has political ideas and critiques of her country disqualify her to be his peer? Does he expect that her private gratitude should lead her to give up her agency, her freedom of thought? Should a churchgoing American be assigned to do her thinking for her? Carlson sees Omar as “a living fire alarm, a warning to the rest of us” about what can happen when you let in immigrants like her. How does he plan to decide who is homegrown enough to police the political engagement of newer citizens?

But Carlson doesn’t care about the intellectual hollowness of his argument because his concern isn’t genuine. He doesn’t think that participating in democracy is harmful to America or to the people who welcomed her family. He’s afraid only for himself.

The same can be said of Donald Trump. This morning, Trump tweeted:

“So interesting to see ‘Progressive’ Democrat Congresswomen, who originally came from countries whose governments are a complete and total catastrophe … now loudly and viciously telling the people of the United States, the greatest and most powerful Nation on earth, how our government is to be run.”

Does Trump actually believe that the intelligence and capability of this American-raised and educated woman come into question because of the failings of the Somalian government she escaped? Does he think that everyone born in America has a hand in its success and everyone who was born in a ravaged country is similarly responsible for its ruin? Am I, a woman who escaped the Islamic Republic at 8, responsible for its atrocities?

No. This isn’t about America’s welfare or Omar’s qualifications. Quite the opposite: Trump and Carlson see Omar’s potential and are desperate to clip her wings—and the wings of every immigrant who may come into her gifts on American soil.

These men understand that the most powerful immigrants—those they see as threats—are the ones who actually took their vile instructions to heart and did everything we were asked to do. We became American, and highly educated ones too. In so changing, we found our voices. We saw that, though we were born in far unluckier places, we have all the same talents as our Western-born peers. We saw that we can compete and win. We learned that in America, if you see injustice or hypocrisy, you don’t bow lower, always afraid of being tossed back to the hell you once knew. You fight for every hard-earned belief.

Trump and Carlson aren’t trying to reach people like me or Omar; their message isn’t for us. They are speaking to their audience and their voters, riling them up with vile ideas and warning them to stay vigilant over this imagined threat. But they are also speaking to the frailest of the native-born, the ones afraid for themselves, even as they watch children in cages, unwashed, unfed, weeping for their mothers. Trump and Carlson want their mocking voices to creep into the wounded psyches of new immigrants, the ones who are still traumatized, still desperate to wash away their old faces and become American, the ones shivering with gratitude. They want the displaced to be broken forever, unable to reach their potential.

These are mediocre men raised at the trough of extreme Western privilege. They have taken from the poorest countries, from the poorest families in America, in a thousand ways. They hope the day never comes that new arrivals will get up, cast off their trauma and shame, and assert the right to participate in the great project of America. Because if new immigrants allow themselves to be full citizens with voices, then what would winning the birth lottery do for Trump or Carlson or for their children? They would have to compete with all the talented children of the world, instead of just the ones born here, in the land of the lucky few who control and consume all the earth’s bounty. 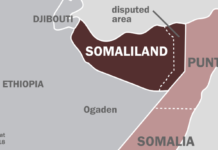 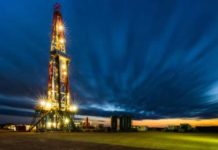 The mystery sickness bringing death and dismay to eastern Ethiopia

hadalsame - February 26, 2020
0
(Hadalsame) 26 Feb 2020 - The subject of reconciliation between Somalia and Somaliland is complex in nature with long-standing historical deep-seated issues affecting politics...

The mystery sickness bringing death and dismay to eastern Ethiopia

The eight Arab states that openly and unabashedly deal with Israel

How prepared is Africa for an outbreak of deadly coronavirus?