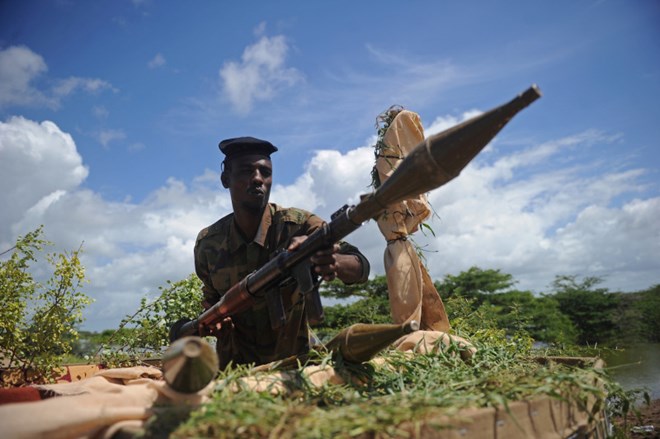 (Hadalsame) 09 May 2019 – A recent strike in Somalia raises questions about whether Africom investigates civilian casualties.

Ibrahim Hirei had been driving back to Mogadishu with two friends on March 18 when his car was hit in an American airstrike. Hirei, who had spent the day in the village of Muuri inspecting his family’s farm, was killed, along with a second man in the car. The third passenger died later in the hospital.

A press release the U.S. military command in Africa issued the next day said the strike was aimed at degrading “the terrorist network and its recruiting efforts in the region”—a reference to the Somali group al-Shabab, a jihadi organization linked to al Qaeda.

“At this time, it is assessed this airstrike killed three (3) terrorists,” the release said.

But an examination by Foreign Policy suggests that Hirei—and possibly the other two passengers as well—had no connection to terrorism and might have been wrongly targeted.

If true, their deaths add to a rising toll of civilians killed in U.S. bombardments in Somalia, which have surged during the term of President Donald Trump. In the days and weeks following the strike, the United States Africa Command—or Africom—appears to have done little to verify details about the three men, raising the possibility that others killed in U.S. strikes and labeled as terrorists might also have been innocent victims.

“My innocent brother became a victim of that airstrike. Now we are struggling to manage the life of the family left behind,” Hirei’s older brother, Ahmed Hassan Hirei, told Foreign Policy in a text message. He said his brother had seven children and spent much of his time tending to the family businesses, including a shop and a gas station. Ibrahim Hirei had no connection to al-Shabab, he said. “I am requesting the U.S. government investigate the airstrike.”

Ahmed Hassan Hirei, who works for an international humanitarian organization in Mogadishu, said he knew the other two men in the car—their families were neighbors.

The press release issued by Africom the day after the attack said U.S. officials were “aware of reports alleging civilian casualties.” It said Africom would review the details of the incident, “including any relevant information provided by third parties.”

But more than seven weeks later, Hirei’s older brother said that no U.S. representatives reached out to him or members of his family.

When Foreign Policy contacted Africom with the family’s allegation, spokesperson John Manley said the military’s assessment was still underway and might last a few more weeks. He then asked for the Hirei family’s contact information.

Amnesty International says at least 14 civilians have been killed in the ramped-up U.S. air campaign since 2017. Africom puts the number at two.

Brian Castner, who co-authored Amnesty International’s recent investigation into civilian casualties in U.S. strikes in Somalia, wrote in the New York Times last month that there are very likely more cases that can’t be proved because of the secrecy of the operations.

“As far as we are aware, AFRICOM doesn’t conduct on-the-ground investigations after their airstrikes. And so they miss a large body of evidence, namely the eye-witness testimony of the survivors of the strikes,” Castner told Foreign Policy in an email.

Hussein Sheikh-Ali, a former national security and counterterrorism advisor to Somalia’s current and previous president, said the increasing allegations of civilian casualties are “making me doubt Africom’s capabilities to gather an accurate picture on the ground, let alone pierce together information after the incident.” Sheikh-Ali is the founder of the Hiraal Institute, a security think tank.

Africom’s process for assessing civilian casualties requires neither on-the-ground interviews nor conversations with eyewitnesses, according to a document reviewed by Foreign Policy. The document mostly outlines the chain-of-command reports to be submitted with no clarity on how information should be gathered.

Africom would not describe how it identifies a person as a member of al-Shabab. “We use a number of intelligence methods to determine the enemy. We do not discuss those methods for operational security reasons,” Manley wrote in an email to Foreign Policy.

Rita Siemion, the director of national security advocacy for Human Rights First, said this lack of clarity and transparency is the crux of the problem.

“The Department of Defense can label people as terrorists or militants, and it’s nearly impossible to question that designation from the outside,” she said. “This means they can get it wrong, including because they use an overly broad definition of who is lawfully targetable, without adequate checks and safeguards.”

Hina Shamsi, the director of the ACLU National Security Project, said the U.S. policy compounds the hardship of families when their loved ones are killed.

“They are in the position of trying to prove people innocent of being alleged ‘terrorists’ without knowing what the United States suspects or why,” she said in an email.

Amanda Sperber is a journalist based in Nairobi and Mogadishu. Twitter: @hysperbole