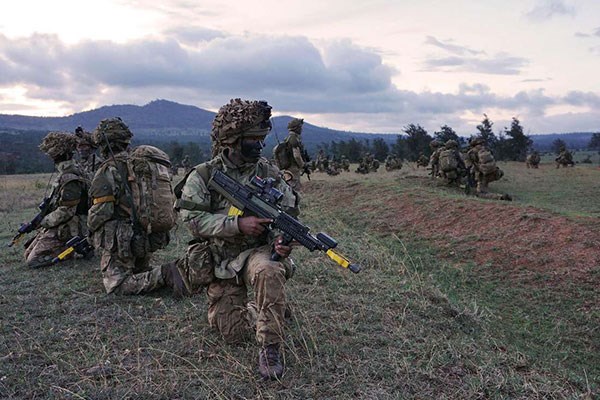 (Stockholm) 06 May 2019 – East Africa’s military spending rose by $200 million last year to $2.9 billion, as countries sought to modernise their hardware.

According to data released by the Stockholm International Peace Research Institute (Sipri), an independent global security think tank, Kenya leads in the ballooning of military budgets, adding $80 million to its expenditure.

The country’s $1.09 billion military expenditure accounted for 36.5 per cent of the region’s total of $2.98 billion.

Kenyan and Ugandan militaries too have been upgrading their hardware—either through purchases or donations—as they lead the war against the Al Shabab militants in Somalia as part of the African Mission in Somalia, Amisom.

For the 12 APCs, the government acquired 12 MD5 diesel engines from France which were also delivered in November to help secure its borders and boost Amisom troops in Somalia.

Sipri says Uganda’s increase is not related to involvement in Amisom.

“In the Ugandan budget, the funding for 2018/19 for Amisom was $10 million, but this is clearly stated as being funded externally and not from the Ugandan budget. This is funded by the Africa Union directly. This amount compared with 2017 did not increase and remained the same.

“The increase in Uganda could be related to equipment purchases in the past year; this is stated in the budget but exactly what it is spent on is unknown,” said Dr Nan Tian, a researcher on the Arms and Military Expenditure Programme at Sippri.

But Tanzania, whose expenditure has been lacklustre in the past five years, registered a marked increase of $64.3 million, on the strength of new Airbus helicopter purchases and increased military co-operation with China.

Tanzania’s recent military partnership with China explains part of the expenditure increase as it sought to improve its capabilities with weapons and training. The increased expenditure is partly funded by Chinese aid but also some of the government’s own spending.

“Tanzania has also been buying some weapons in the past year from France (EC725 Super Cougar and AS-532 Cougar); this can also explain part of the increase,” Dr Tian.

Last year, Dar es Salaam received three Airbus AS-350 helicopters for its military, from an order of 10 it had made in 2017, which included eight AS-350/AS-550 Fennec light helicopters and two other AS-532 Cougar/AS-332 transport helicopters produced in Romania.

The Air Force received one of the Cougar helicopters late last year.

Kigali received 50 Red Arrow-9 anti-tank missiles last year, which were ordered from China in 2016 by the Rwanda Defense Forces, and which are currently mounted on its fleet of Otokar Cobra infantry mobility vehicles.

These were acquired together with three CS/SH-1 122mm self-propelled guns, which were ordered in 2017 and delivered last year.

The Red Arrow-9 anti-tank missile was displayed for the first time at the combined arms exercise at the Gabiro Combat Training Centre last December, at a ceremony presided over by President Paul Kagame.