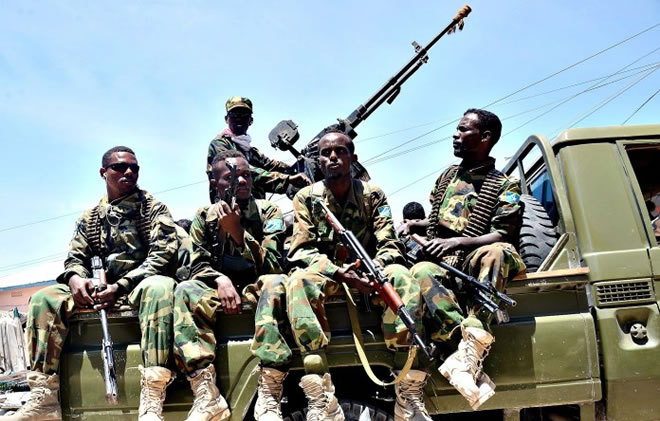 (Mogadishu) 01 May 2019 – Somali security forces have recaptured the strategic town of Bariire in southern region from extremist group al-Shabab militants, the government said on Wednesday.

The ministry of information said seized Bariere town located at about 60 km south of Somali capital Mogadishu, after a military operation against the insurgents conducted at dawn.

Bariire town, situated in Lower Shabelle region of Somalia, is one of the strategic objectives which were earmarked for liberation by the allied forces.

The intensified tactical operations on the frontline have been buoyed by the return to normalcy in some liberated areas especially in southern Somalia.

The allied forces ousted al-Shabab from the capital Mogadishu in August 2011, but the terror group which wants to overthrow the UN-backed government and impose its own strict interpretation of Islamic law, is still in control of certain areas in southern Somalia and capable of conducting attacks.