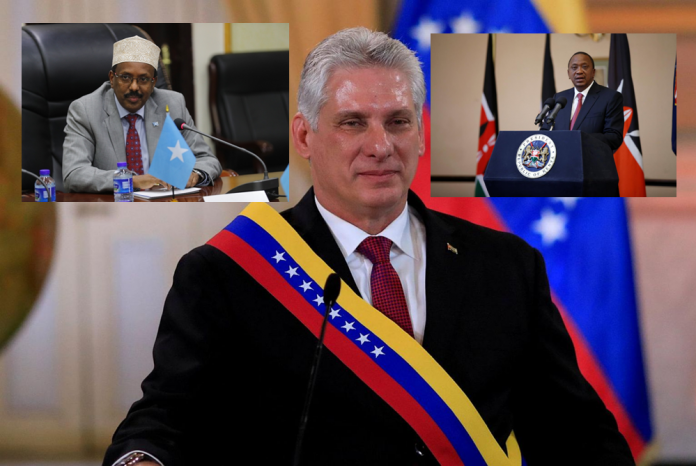 (Havana) 19 April 2019 – Cuban President Miguel Diaz-Canel spoke by phone on Thursday with his counterparts in Kenya and Somalia about negotiations for the release of two Cuban doctors abducted a week ago in Kenya.

Diaz-Canel said via Twitter that he spoke with Kenya’s Uhuru Kenyatta and Somalia’s Mohamed Abdullahi Mohamed “as part of our efforts to secure the return of our two kidnapped doctors.”

Six days ago, doctors Assel Herrera and Landy Rodriguez were ambushed by armed men who were suspected members of Al-Shabaab, on their way to work in a Kenyan community near the border with Somalia.

In the attack, one of the police officers escorting the doctors was shot dead.

The doctors are part of a brigade of some 100 Cuban healthcare workers who provide medical services mainly to residents of remote communities, in this case Mandera county.

Attacks by Al-Shabaab fighters are frequent in the area as the rebels try to pressure the Kenyan government into withdrawing its troops from Somalia.

According to the head of the Cuban Medical Mission in Kenya, the rest of the brigade is safe and security measures have been stepped up, especially in areas bordering Somalia.