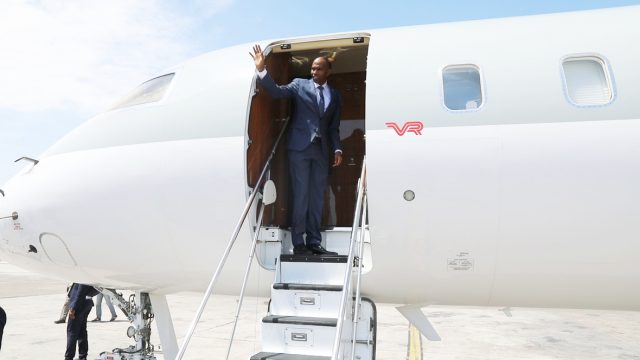 Khaire is expected to discuss Somalia’s fiscal reforms and the path to debt forgiveness with the IMF and the World Bank. He previously met IMF officials in September 2017.

Analysts have suggested that the significant number of officials from NISA – Somalia’s intelligence agency – could signal potential meetings with high-level U.S. security officials.

Salah Ahmed Jama was chosen to replace the former Constitutional Affairs Minister Abdurahman Hosh Jibril who tragically passed away last month in Dubai during surgery. Jama was previously the Minister of Labour and Social Affairs.