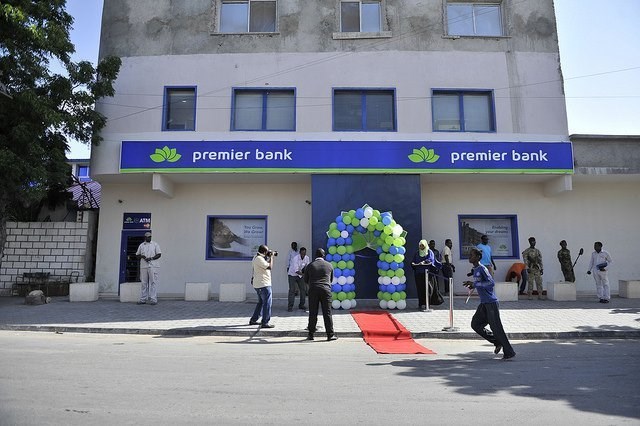 (Nairobi) 31 March 2019 – Kenyan largest banks have overcome a controlled interest rate environment to make billions of shillings in profits for the third year in a row as they eye Ethiopian, Somalia and Democratic Republic of Congo (DRC) markets.

At least seven banks have so far released their 2018 performance, with the results showing that the financial institutions have triumphed over the effects of the law introduced in September 2016.

KCB has announced the biggest profits so far, raking in 240 million dollars in 2018.

According to analysts, the banks’ huge profits are a result of their increased lending to government as opposed to the private sector.

The seven banks advancement to the government in 2018 stood at over 100 million dollars, an increase of 12 percent year-to-year, an analysis of the financial results shows.

“Banks continued to invest in government securities, which offer better risk-adjusted returns. Interest income from the sector increased by 5.4 percent,” Cytonn, a Nairobi investment firm, said in a brief on Saturday.

On the other hand, average loan growth to private sector remained anemic, coming in at 2.8 percent in 2018, lower than 6.1 percent recorded in 2017, an indication of slower credit extension to the economy.

Ernest Manuyo, a business management lecturer at Pioneer Institute in Nairobi, noted that banks’ huge profits show the capping of interest rates is behind them.

“The biggest casualties of the law have been Kenyans, the very people it was supposed to protect. Banks have tightened their purses to the private sector but opened them up to the government protecting their profits as their results show. It is a good thing the court has done way with the caps,” he said.

A fortnight ago, Kenyan high court ruled that interest rate capping was unconstitutional and asked parliament to amend them in 12 months.

While many saw this as a huge win for Kenyan banks, the realities in the industry show that doing away with the law is perhaps what the private sector too need to.

Huge profits realized in Kenya have made the top banks look beyond the East Africa Community market, with KCB and Equity Bank eyeing Somalia, DRC and Ethiopia.

KCB, which is the biggest bank in Kenya, revealed that it is eyeing the Somalia, DRC and Ethiopian markets.

“It is a restricted market but there are reforms going on. We have held talks and we are hoping they will allow Kenyan banks,” said the bank’s chief executive Joshua Oigara recently.

Ethiopia with a population of 100 million, the second largest in Africa after Nigeria, has less than 15 percent banked people, creating huge opportunities for regional banks.

Equity Bank, which is operating a subsidiary in DRC, is also eyeing the Somali and Ethiopian markets.

The bank is already in talks with six Ethiopian banks to facilitate cross-border mobile and e-commerce payments before it moves to set shop in the country.

Kenyan banks’ entry into the Somali market will however be hindered by the lack of proper government structures on the registration of persons, which makes the implementation of international regulations on terror financing prevention difficult, according to Cytonn.