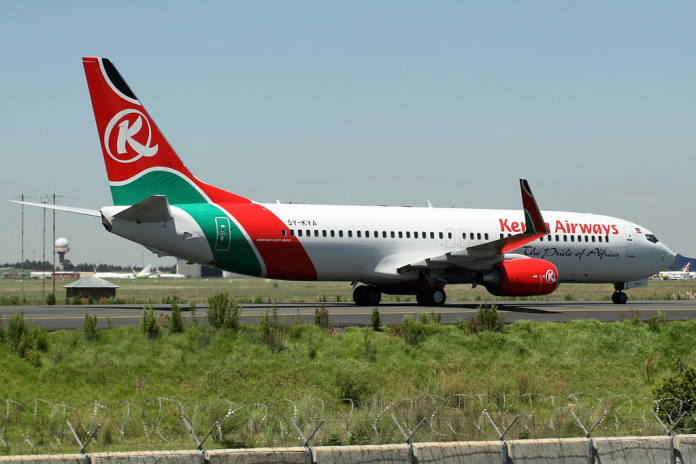 Ethiopian Airlines suspended its operations in Somalia following the outbreak of hostilities between the two countries in the late 1970s.

Speaking to the Star on phone, Kenya Airways chairperson Michael Joseph said the airline has commenced plans to fly to Mogadishu but declined to give more information.

‘’Yes, we are looking at that possibility. Plans are still at infancy stage. It will require a lot of negotiations and procedures,’’ Joseph said.

A source privy to the talks told the Star that three KQ agents were in Mogadishu assessing the route and are expected back in Nairobi today.

The airline currently serves 54 destinations across the globe, 44 of them in Africa. It is expected to commence direct flights to Gabon’s international airport Libreville on October 28.

A meeting between President Uhuru Kenyatta and his Somali counterpart Mohamed Abdullahi Mohamed in March last year saw Kenya end an 11 year flight blackout to and from Mogadishu.

Kenya had in 2006 suspended direct flights to Mogadishu following increased terror threats and attacks by the al-Qaeda linked terror group the Al-shabaab.

Planes from Mogadishu had to pass through Wajir International Airport for security checks and screening before proceeding to Nairobi.

On Tuesday, Kenya Defence Forces marked seven years since it crossed the border into Southern Somalia in 2011 in pursuit of Al-Shabaab group, which had allegedly kidnapped foreign tourists and aid workers inside Kenya.

Plans by leading regional airlines to resume operations in Somalia is a positive indication that the country is getting back to normalcy after almost four decades of civil and terror war.

Ethiopian Airlines said it will start with three flights per week before adding more.

“Our flights will quickly grow to multiple daily flights given the huge volume of traffic between the two sisterly countries and the significant traffic between Somalia and the rest of the world,” Tewolde GebreMariam, Ethiopian Airlines’ chief executive, said in a statement on Tuesday.

According to Kenya National Bureau of Statistics, Kenya imported goods worth Sh152.7 billion from Somalia last year against exports of Sh52.8 billion.

Some of products Kenya imports from Somalia include tobacco, pharmaceutical, machinery and electrical products.

Khat farmers in Kenya stand to benefit the most from planned direct flights considering that Somalia is their leading export market.

Even though international airlines are regaining confidence in Somalia, security expert Andrew Franklin thinks that flights from Mogadishu may be at risk of surface to air missiles by Al Shaabab militia.

He however adds that if KQ and JKIA have been cleared for direct flights to US, flights to Somalia should not present any special problem.