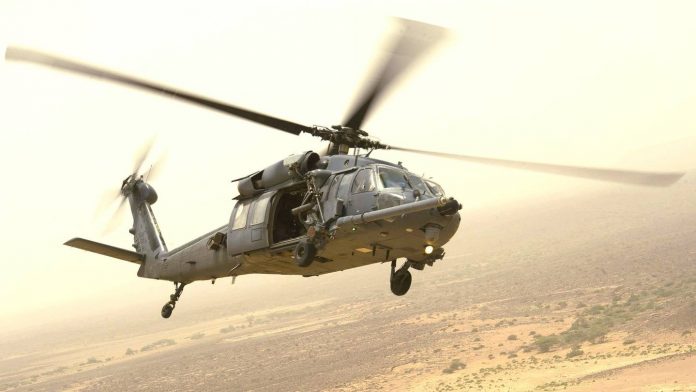 Much about the exact circumstances surrounding a recent attack on U.S. special operations forces and partner troops in Somalia, which left one American dead and four more wounded, remains unclear. However, we do know that, unlike in the aftermath of the now infamous ambush in Niger in 2017, U.S. Air Force rescue helicopters were able to race to the scene and, together with other fixed-wing aircraft, potentially prevented the incident from resulting in more American deaths.

On June 8, 2018, members of the terrorist group Al Shabaab, Al Qaeda’s franchise in Somalia, attacked a battalion-sized force of approximately 800 U.S., Kenyan, and Somali troops in the semi-autonomous Jubaland region near the border with Kenya, according to U.S. Africa Command (AFRICOM). The firefight involved enemy forces armed with mortars and heavy machine guns.

We don’t know if all 800 individuals were at the site of the attack, where the U.S. military was assisting the Kenyan peacekeepers, who are in the country as part of the African Union-led mission, and Somalia forces build a new forward operating base. Once the construction is complete, Somali forces will man the outpost as part of a broader campaign to secure the area from Al Shabaab, according to CNN.

U.S. Army Sergeant Alexander Conrad, a member of the 3rd Special Forces Group (Airborne), died after being hit by a mortar round during the attack. The U.S. military has not released the names of the four other casualties or details about the extent of their injuries. He was the first American to die in combat in Africa since the skirmish in Niger in October 2017, in which Islamic State in the Greater Sahara terrorists killed four Army soldiers. These were also the first U.S. military casualties in Somalia since a U.S. Navy SEAL died during a controversial raid in May 2017.

The video below, which appeared on YouTube on June 9, 2018, shows HH-60G Pave Hawks flying in the background as Somali forces engage Al Shabaab terrorists.

In the 2017 Niger incident, American personnel and their partners had to wait hours for reinforcements to arrive in the form of French and later Nigerien forces. Contractors working for the U.S. military provided the only other potential means of evacuating the casualties in that instance.

In the June 2018 incident in Jubaland, Air Force HH-60G Pave Hawks were able to fly from an unspecified “U.S. military installation” to the scene of the battle, a spokesperson for AFRICOM told War Is Boring in an Email. Those helicopters helped three of the four wounded personnel, as well Sergeant Conrad, evacuate the area.

The Air Force has Pave Hawks with the 303rd Expeditionary Rescue Squadron forward deployed at Camp Lemonnier in neighboring Djibouti to the north, as well as HC-130P Combat King tankers assigned to the 81st Expeditionary Rescue Squadron. The HH-60s were pre-positioned in the port town of Kismayo, the main commercial hub in the semi-autonomous Jubaland region during the operation, and were able to be on scene within 20 minutes, according to a separate report by The New York Times. Information in official contracting documents shows U.S. forces operate a forward operating base at the airport in the coastal city.

There were unconfirmed reports that the U.S. military had been moving Pave Hawks in and out of Somalia to support specific missions as early as June 2017. At that time, AFRICOM told us in an Email that there were no helicopters permanently forward deployed in the country, but this would not preclude short-term operational movements. The Times’ report also said that for large, multi-day operations in Somalia, such as the one in Jubaland, armed air support is often on standby. We don’t know if this means manned or unmanned aircraft or if the U.S. military employed either type of aircraft in this case.

Unfortunately, Sergeant Conrad died after the initial evacuation, though medical personnel were able to stabilize the other three personnel. The Pave Hawks also returned to the battlefield to recover another wounded individual and moved them to Kismayo.

A C-130J Hercules airlifter from the 75th Expeditionary Airlift Squadron, also situated in Djibouti, then moved the first three wounded personnel and the sergeant’s remains from Kismayo to the Kenyan capital Nairobi. Air Force airlift and medical personnel regularly train to turn these aircraft into flying ambulances.

Sending the individuals to Kenya rather than Djibouti makes perfect sense given the distances involved. From Kismayo Airport, the C-130J had to fly approximately 400 miles west to Nairobi, while Camp Lemonnier sits more than 800 miles to the north.

On the continent of Africa, where the base in Djibouti is the only official U.S. military outpost, this “tyranny of distance” can be especially problematic when it comes to getting aid to wounded personnel or trying to get them into a hospital quickly. In this case, the U.S. casualties appear to have been able to get to the next level of care within or close to within the so-called “golden hour,” which refers to a 60-minute window where medical professionals have a better chance of saving a person’s life or preventing serious complications.

Once in Kenya, the medical team from the U.S. Embassy in Nairobi took charge of the wounded servicemembers and had them transferred to a civilian hospital. By June 10, 2018, however, an Air Force KC-135R tanker from an unknown unit had taken those individuals from the Kenyan capital to another, undisclosed location for “additional medical evaluation,” according to AFRICOM. It is very likely that the aircraft took these individuals to either Camp Lemonnier, which has a more robust military medical facility, or to the U.S. Army’s Landstuhl Regional Medical Center in Germany, which serves as a major hub for the treatment of seriously injured servicemen and women.

This chain of events is a good example of how the casualty and medical evacuation processes are supposed to work under optimal conditions. It also highlights the not insignificant resources that have to be in place and on call for it to work as intended.

On top of that, the mechanisms on display may not necessarily translate to a high-end conflict. Note that the HH-60s, C-130J, and KC-135R were all able to fly their respective missions entirely unmolested by enemy forces on the ground. These aircraft simply would not be able to operate deep inside a high-risk environment full of integrated air defenses.

But for limited conflicts, such as the one in Somalia, the arrangement is at least adequate and in this case may have prevented additional American deaths. And it’s an unfortunate, but distinct possibility that the Pave Hawks may be seeing more missions like it in the near future, as well.

The growing scale and scope of the U.S. mission in Somalia, nicknamed Operation Octave Shield, could also increase the strain on the relatively limited Djibouti-based rescue personnel and other forces supporting their mission. Those forces already have to support operations across East Africa and out into the Gulf of Aden to the north.

They also rely heavily on the aging HH-60Gs, which are becoming increasingly difficult to sustain and have suffered significantly declining availability as a fleet across the Air Force. The existing operational demands on these aircraft have pushed the U.S. military to increasingly turn to contractors for both airlift and casualty evacuation services in many countries, including Niger, the Philippines, and potentially Yemen.

These issues remain a factor in Somalia even over a year after President Donald Trump granted AFRICOM new authorities to combat Al Shabaab and allowed the Pentagon to designate much of the southern portion of the country an active conflict zone, giving it further flexibility in its operations there. The new base in Jubaland is just the latest indication of the expanding U.S. campaign, the goal of which is ostensibly to support African Union and local forces battle the Al Qaeda-linked terrorists.

At a press conference on June 11, 2018, Secretary of Defense James Mattis implied that elements of the secretive Joint Special Operations Command (JSOC), tasked with hunting down senior members of Al Shabaab, were no longer physically in the country on a semi-permanent basis. It is possible that JSOC has relocated the bulk of its forces out of the country – possibly to the special operations mothership M/V Ocean Trader or another vessel offshore – in part to reduce the logistical strains of having to defend and maintain sites ashore.

But there are approximately 500 U.S. military personnel in the country now, officially. In addition to the camp in Kismayo, there are at least two other major U.S. operating locations in Somalia, one in the capital Mogadishu and another just north of that site at a Somali air base in the town of Baledogle. We don’t know how many American troops are scattered elsewhere in the country, either permanently or temporarily.

And there is an increasingly active combat component to the mission, too, as seen most visible in the dramatic surge in drone strikes against Al Shabaab starting after Trump took office in 2017. However, as has become steadily clearer for months already, the expanded advisory mission has also increasingly put Americans closer to the active fighting. For its part, the terrorist group has also been trying to put increased pressure on the United States and its partners, especially as the African Union continues to look for ways to extricate itself from the grueling conflict in the near future.

There’s no end in sight for the U.S. mission in the country and if it continues to become a more proactive operation, American personnel will need to have these kinds of casualty evacuation assets and other medical support at the ready for the foreseeable future.